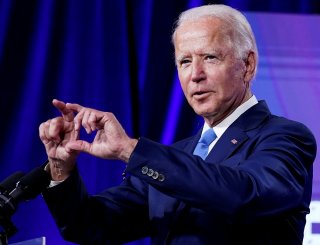 The poll reveals that Biden has 47% of the vote, while Trump stands right behind at 45%. Another 3% of voters support Libertarian candidate Jo Jorgensen and 3% remain undecided.

The Monmouth poll reported an even more competitive Senate race, as Democrat Cal Cunningham and Senator Thom Tillis (R) have a statistical tie at 46% and 45%, respectively, among registered voters.

North Carolina’s votes are critical for both the White House bid and the Senate majority. Trump managed to swipe the state’s support in 2016 against former Secretary of State Hillary Clinton, despite the vote being dictated by less than 4%.

“North Carolina has been in play for each of the last three presidential elections and it is going to be that way again this year, especially with a pivotal Senate race sharing the ballot,” Patrick Murray, the director of the Monmouth University Polling Institute, said.

The poll showed a partisan divide, as a scant majority of Republicans, or 53%, are more likely than Democrats and independents, who polled 24% and 22%, respectively, to feel very optimistic about the upcoming election. Republicans are also more enthusiastic about this year’s race compared to prior elections.

As Trump takes the final sprint on his campaign trail, his focus going into election day has shifted to address the spike in crime in some suburban communities as civil unrest has struck the country over policing and racial injustice. Trump claims that bringing Biden into the White House would impose additional threat to the safety of these communities, but the North Carolina poll indicated that this is not too much of a concern to them.

The poll revealed that 50% of respondents are not worried about different people migrating into nice neighborhoods, who could create crime in their communities, while 29% said it’s a major concern.

The Monmouth University poll surveyed 401 registered voters in North Carolina from August 29 to September 1 with a margin of error of plus or minus 4.9%.