Is Joe Biden Really Ahead in the Polls? 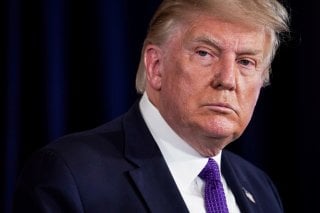 In a CNN poll conducted by SSRS, 50 percent of registered voters support the Biden-Harris ticket, while 46 percent back Trump-Pence—a gap that stands right at the survey’s margin of error of plus or minus 4 percentage points.

Compared to June, poll voters who have gravitated towards the Trump-Pence ticket are men, those between the ages of thirty-five and sixty-four and independents.

The margin between Biden and Trump is also narrower across the fifteen battleground states, with Biden having 49 percent of support, while Trump holds 48 percent.

Although the CNN poll indicates that Trump has gained traction in the polls and overall support from voters, other polls released show Biden with more than a five-point lead over the president.

Biden holds a double-digit lead nationally over Trump, with registered voters supporting Biden and Harris at 53 percent, while Trump and Pence stand at 41 percent in a Washington Post-ABC News poll released Monday with a margin of error of plus or minus 3.5 percentage points. The margin, however, is two points smaller than a poll taken last month.

In a CBS News-YouGov poll released Sunday, Biden holds a ten-point lead over Trump, with 52 percent of registered voters saying they’d vote for Biden if the presidential election were being held today, while 42 percent back Trump.

Fox News also released a general election poll Friday in favor of the presumptive Democratic nominee, with 49 percent of voters in support of Biden and 42 percent for Trump.

After the 2016 presidential election, observers and voters grew skeptical of the accuracy of polling results. Democratic nominee at the time—Hillary Clinton—towered Trump in the polls, with Americans thinking she’d grapple the White House in November 2016. But, obviously, that didn’t happen, and Trump won the Electoral College vote but lost the popular vote.

Voters fear a repeat of the 2016 election, as polls from different media outlets and polling institutes show diversified results. The CNN poll reveals no clear indication of which candidate maintains the lead, while other surveys grant Biden a substantial advantage over the president.

It’s important to note that “different polling organizations conduct their surveys in quite different ways,” according to Pew Research Center. Some outlets like CNN and Fox News conduct polls by telephone to obtain their data, while others—including CBS News—use opt-in panels online. Depending on the methodology of the survey, each poll can have different results as registered voters use technology in varying ways.

Pew Research Center also added “the real margin of error is often about double the one reported” as “there are three other, equally important sources of error in polling: nonresponse, coverage error (where not all the target population has a chance of being sampled) and mismeasurement.”

The “average error” in polls could be closer to 6 percentage points, according to Pew Research Center.

If this holds true, then Biden’s national leading average in the polls may be a lot narrower than what Americans think. Poll results do show voters an idea of Americans’ wants and needs entering the upcoming election, but the outcome still remains unpredictable.