Joe Biden vs. Donald Trump: Who Is Really Better On The Economy? 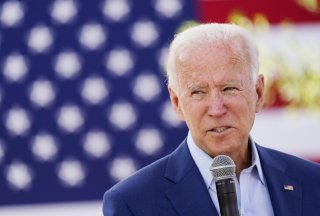 Moody’s Analytics economists Mark Zandi and Bernard Yaros have a new note out where they give it their best shot trying to model the economic agendas of former Vice President Joe Biden and President Trump. And from what they say, the model they use “is similar to those used by the Federal Reserve Board and Congressional Budget Office for forecasting, budgeting and policy analysis.”

Long story short: Under a divided government scenario, the difference in economic outlook would be “only modest.” And under unified government, “we conclude that Biden’s economic proposals would result in a stronger U.S. economy than Trump’s.” And here is the big, important point in their reasoning:

Largely because of Biden’s substantially more expansive fiscal policies, the economy would return to full employment more quickly coming out of the pandemic than under Trump—in the second half of 2022 under Biden compared with the first half of 2024 under Trump. Biden’s reversal of Trump’s policies on foreign trade and immigration would also contribute to stronger economic growth, so that by the end of their terms in 2024, real GDP would be $960 billion, or 4.5%, larger under Biden than Trump. This translates into 7.4 million more jobs under Biden than Trump.

Longer-run growth also receives more of a boost under Biden’s policies, since they lift both labor force participation and productivity growth, though the effect is modest over the 10-year horizon of the analysis. It takes longer for Biden’s focus on educational attainment, clean energy and other infrastructure, elder care, and paid family leave to have a significant impact on the economy’s long-run growth potential. And Biden’s increase in corporate tax rates dents business investment and productivity growth. Biden’s policies will result in substantially larger federal budget deficits than Trump’s, particularly during their terms as president. Biden’s policies cost $2.5 trillion during his time as president on a static basis, while Trump’s add only a few hundred billion dollars. … Negative economic fallout from Biden’s larger near-term deficits is mitigated significantly. The reason: With the economy far from full employment and inflation moribund when Biden takes office, the Federal Reserve’s vows on economic growth.

Let me break it down this way: Moody’s baseline economic scenario sees economic growth averaging 3.5 percent annually 2020-2024 and 2.6 percent over the entire 2020-2030 period. Under the Democratic Sweep scenario, those numbers are 4.2 percent and 2.9 percent. And under the Republican Sweep scenario, 3.1 percent and 2.4 percent. But in all three scenarios, growth is averaging around 2 percent by the final years of the decade. A smidge more under a Democratic Sweep, a smidge less under a Republican Sweep. That means the Moody’s model does not see a substantial upshift in the growth potential of the American economy from Bidenomics or Trumponomics, if I have those portmanteaus correct.

Again, a key sentence from the report (italics by me): “Longer-run growth also receives more of a boost under Biden’s policies, since they lift both labor force participation and productivity growth, though the effect is modest over the 10-year horizon of the analysis.” Would the impact be much different over a longer time horizon? I don’t know. Some of the pro-growth policies of the 1980s may not have paid off until the 1990s. But as I have written before, boosting both should be an explicit goal of national economic policy, particularly the latter. Faster, please.