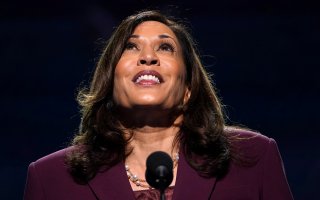 Sen. Kamala Harris (D-Calif.) is set to give a speech focused on criticizing President Donald Trump for his leadership during the coronavirus, just hours before he’s slated to formally accept the Republican party’s presidential nomination Thursday.

Trump is expected to deliver his evening address from the White House lawn, with Harris’s afternoon remarks acting as the Democrats’ main counter to the president’s appearance on the final day of the Republican National Convention.

Biden and Harris have made arguments about Trump’s leadership and handling of the coronavirus in recent weeks, especially during the Democratic National Convention.

“Donald Trump's failure of leadership has cost lives and livelihoods,” Harris said at the convention.

Although Harris has condemned Trump in the past and even during her own presidential run, Thursday’s speech is supposed to be the most concentrated on the president’s faults since she joined the Democratic ticket earlier in August.

Trump has also attacked Harris, referring to her as “nasty” and even potentially not being a US citizen. When Biden first announced his vice presidential pick, Trump blasted Harris, saying she’s an ultra-liberal and a member of the radical-left.

Biden’s campaign has already initiated activities for Harris to lead in order to connect with voters including three virtual fundraisers, online discussions and an op-ed piece published in the Washington Post that allowed Harris to cover the history of women’s right to vote.

The Biden campaign hopes to encourage female and minority voters to back the Democratic ticket come November, with the help of Harris and other colleagues on Capitol Hill.