Is Kamala Harris a Flip-Flopper? 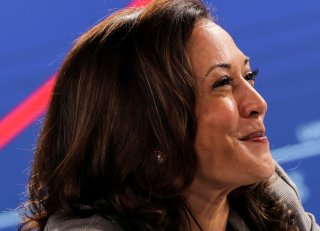 Just hours after presumptive Democratic nominee Joe Biden’s announcement that Sen. Kamala Harris (D-Calif.) would be his running mate for the upcoming election, President Donald Trump’s campaign set fire to Harris’s candidacy, tagging her as a “phony” and a flip-flopper on policy positions during her prosecution career and her primary presidential run in 2020.

Trump’s campaign targeted Harris’s unclear stances on health care, marijuana legalization, immigration and more. But, what Trump doesn’t realize is that her ability to reconsider firm beliefs can serve as an asset as Biden and Trump compete for the White House come November.

“That may end up being a mistake for Team Trump, as it’s a charge the Biden-Harris campaign and its supporters could turn on its head to make into a positive. That Harris is willing to change her views on controversial issues shows that she’s open to listening to public opinion and adjusting her policy prescriptions when necessary,” David Mark, NBC News political analyst, wrote.

Since Biden’s announcement hit headlines on Tuesday, the Trump campaign has dubbed her as a “political liability,” according to Mark, and labeled her a member of the radical left. Some Democrats, however, also disagree with the former vice president’s choice, claiming she’s not progressive enough to rally the politically diverse voter base within the party.

Although she’s consistently supported left-of-center policies, Harris has changed some of these stances during her political career. What prominent beliefs has she been wishy-washy about? Here are three outlined below.

Before ending her primary bid in December 2019, Harris backed Medicare For All and even served as a co-sponsor on the bill that was originally introduced by Sen. Bernie Sanders (I-Vt.)—who was an early rival during the Democratic primaries. The legislation sought to provide health care for all individuals without needing to pay any out-of-pocket expenses and would abolish private health insurance.

Harris morphed her beliefs on the legislation for months, as she released a new health care plan that included room for private insurers, after receiving blows from moderate Democrats for supporting such an expensive, progressive health policy.

Sanders’s campaign manager, Faiz Shakir, said that Harris was “walking away” from the Medicare For All bill and her alternative plan “introduces more corporate greed.”

In 2010, Harris served as San Francisco's district attorney and rejected a ballot proposal that would call for the legalization of marijuana in the state of California, deeming the bill a “flawed public policy.”

Eight years later, Harris reversed her opinion during her time on Capitol Hill and advocated for the Marijuana Justice Act that would make marijuana legal at the federal level.

“I am proud to formally announce that I’m signing onto the Marijuana Justice Act. It’s the smart thing to do, it’s the right thing to do, and I know this as a former prosecutor, I know it as a senator, and I know it when I just look at what we want as a country and where we need to be instead of where we’ve been,” Harris tweeted, with a video televising her remarks.

She also supports the MORE Act to “decriminalize and deschedule cannabis”—but the bill has remained in the first stage of the legislative process for the last year.

During her time as California’s “top cop” she was an avid supporter of “sanctuary” cities and Deferred Action for Childhood Arrivals (DACA), which provided protection for those who illegally entered the United States as minors.

In 2008, Harris also supported a policy enacted by then-San Francisco mayor that forced police to report to the Immigration Customs and Enforcement (ICE) regarding any minors who were arrested with felony charges.

The overall goal was to protect the city, but according to Fox News, the policy’s “effect was also that illegal immigrants who had not yet been convicted of a crime were reported to ICE,” creating unanticipated consequences. After the implementation of the policy, some immigrants were deported because of it.

Nearly ten years later, a spokesperson for Harris admitted the policy had its flaws.

Harris has also reversed her support of decriminalizing illegal border crossing during the primary debates and at an interview on The View.

“That is not correct, I’m not in favor of decriminalizing or not having consequence for, let me be very clear, we have to have a secure border, but I am in favor of saying that we’re not going to treat people who are undocumented cross the border as criminals, that is correct, that is correct,” Harris said at an interview.

Harris’s series of unclear stances on major campaign policies cost her the presumptive presidential nomination. She dropped out of the race due to tanking poll numbers and lack of support.

Harris has revealed that she’s willing to adapt to America’s needs at that moment. In politics, she’s learned to compromise and find a strong common ground that can be hard to meet, especially on the Hill. She, unlike Trump, has continued to welcome criticism and diverse thought in order to strengthen her political skeleton.

Trump, however, has consistently refused to cope with the needs of the coronavirus pandemic, as he hasn’t implemented a federal mask mandate or positively responded to the policing issues that progressive Democrats have been pressing Congress for. He has an “attitude that has cost American lives,” according to Mark.