A 'Post-Policy' World: Do Facts Matter? (Not In Today’s Republican Party) 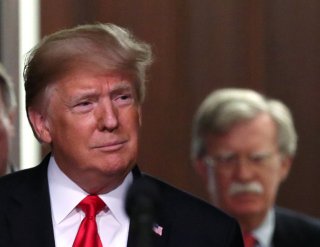 Do facts matter? Not to today’s Republican Party, argues Steve Benen, the Emmy Award-winning producer of The Rachel Maddow Show, in his essential new book, “The Imposters: How Republicans Quit Governing and Seized American Politics.”

“The current iteration of the GOP is indifferent to the substance of governing. It is disdainful of expertise and analysis,” he writes. “It is hostile toward evidence and arithmetic. It is tethered to few, if any, meaningful policy preferences. It does not know, and does not care, about how competing proposals should be crafted, scrutinized, or implemented.” In the process, they have transformed from a governing party into what he calls a “post-policy party.”

Donald Trump is not an aberration in the party, as John Bolton claims in his new book. For Benen, Trump is the culmination of a shift that began a decade earlier. When Democrats won the White House and expanded their majorities in Congress in the 2008 elections, party leaders moved to oppose  “whatever Barack Obama was for, even when the White House agreed with Republicans,” said Brennen in an interview on the podcast, Press The Button.

Then-Congressman Mike Pence (R-IN) helped lead the charge, Benen writes. Pence told his colleagues “to start getting rid of legislative staff,” and “start hiring aides who would focus exclusively on the media.”

“The goal was to basically start over. It was no longer important to find people who had expertise in drafting policy and writing laws,” Benen explained.

Senator Mitch McConnell (R-KY) agreed. “The Senate GOP leader wasn’t concerned with defying the will of the electorate by killing popular legislation; instead, he focused on making popular legislation less popular by trying to kill it, without regard for merit or public interests,” writes Benen. “McConnell’s plan was predicated on the idea that if he could just turn every debate into a partisan food fight, voters would be repulsed; Obama’s outreach to Republicans would be perceived as a failure; progressive ideas would fail; and GOP candidates would be rewarded for their obstinance.”

U.S. foreign policy quickly felt the impact. During the New START Treaty debates in 2010, the Obama administration faced unexpectedly high levels of resistance among Senate Republicans. The White House did not understand why.

They “approached the New START fight as a policy dispute,” Benen writes, marshalling an impressive array of national security leaders, including the Joint Chiefs of Staff and scores of former top officials from both parties.  It didn’t matter. “The GOP’s old guard cared about the details of the treaty and the security consequences of failure, while the party’s far-right senators cared about saying no to Barack Obama.” Though the treaty passed the Senate with 71 votes, Republican senators voted against the accord by a measure of two-to-one.

Similarly, the GOP response to negotiations to stop Iran’s nuclear program a few years later “was a classic example of ‘post-policy’ politics.” Republicans, who “had spent years arguing that diplomacy with Iran was folly,” recognized that “if Obama’s initiative proved to be a triumph, it would mean Republican orthodoxy on one of the world’s most important national-security challenges had it backward,” Benen writes.

And so, in an attempt to derail diplomacy between Washington and Tehran, a group of 47 Senate Republicans led by Tom Cotton (R-AR) wrote an open letter to Iran warning its leaders not to trust the United States. “This was extraordinary,” Benen explained, saying the Republican Party had tried “to sabotage their home country.” Even the Senate Historian’s Office admitted the episode was unprecedented - it “could not find a comparable example” in the institution’s history.

The Iran deal survived the Senate letter only to be threatened again by Donald Trump, who claimed during his campaign that it would “lead to a nuclear holocaust.” As president, Trump told his staff “to provide him with a pretense to abandon the policy he did not like for reasons that he could not explain,” Benen writes. When his top security advisors all said no, Trump “had a bit of a meltdown,” and violated the accord anyway, despite entreaties by American allies to stay in the agreement.

“The problem, of course, was that the pitch was predicated on the idea that the American president cared about the substance of the debate and would be swayed by appeals built around responsible governance,” said Brenen. “That is not how Republicans work anymore. It's not about whether your arguments are better or whether your ideas work. It's about whether or not it satisfies a political goal.”

The Republican Party can become a governing party again, argued Benen. But it will take losses at the ballot box to spark reform. “Major parties overhaul their tactics and perspectives not after victories but in the wake of multiple defeats,” he writes. “With this in mind, the Republican Party is likely to become a governing party again when American voters tell the GOP it has no other choice.”

But are Democrats also becoming “post-policy” by, for example, backing huge Pentagon budgets unjustified by any credible national security need because they are fearful of taking votes that might jeopardize some candidates in swing districts?

“I argue in the book that the Democrats are not always right. They're not. I give them credit for, in general, approaching their governing responsibilities seriously,” Benen said.

“Democrats have to be careful not to fall into the same traps.”

The entire interview with Steve Benen is available here on Press The Button.