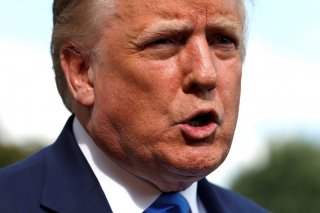 Democratic Presidential nominee — and current 2020 front‐​runner — Joe Biden recently released a “Made In All of America” plan heavy on “Buy American” mandates, pursuant to which $400 billion in new federal energy and infrastructure projects must use only “American products, materials, and services.” Biden’s plan, it should be noted, is hardly novel: Buy American laws have been around for almost a century, and similar types of procurement restrictions are now quite en vogue among politicians and wonks on both the left and the right. As Cato scholars have argued for decades, however, Buy American requirements are bad law, bad economics, bad trade policy, and bad politics (well, for most Americans at least).

Yet one needn’t pore over reams of wonkery to understand the problems that Buy American restrictions cause for U.S. companies, workers, taxpayers, and public works projects. Instead, a quick review of what happened the last time these rules were injected into a massive U.S. infrastructure law — way back in 2009 when Biden himself was in the White House and managing the law’s implementation — may suffice.

From the Wall Street Journal in September 2009:

On paper, Tom Pokorsky would seem to be a clear beneficiary of the government’s $787 billion economic‐​stimulus package.

Mr. Pokorsky runs Aquarius Technologies Inc., a company in Port Washington, Wis., that makes equipment to treat sewage. The stimulus plan earmarks some $6 billion for municipal wastewater projects that are right in his company’s sweet spot.

Now that grief has boiled over into a major diplomatic row with the largest U.S. trading partner. Canadian communities angered by perceived American chauvinism have started a Buy Canadian campaign to exclude U.S. bidders from municipal contracts.

“If that sticks, well, there goes 25% of my business,” said Mr. Pokorsky. “To me, Ontario may as well be Indiana.”

Halton Hills, a town of 50,000 people about 25 miles west of Toronto, is one of about a dozen Canadian communities forging ahead with plans to amend their procurement policies to freeze out American companies. “We won’t be taking any products from any country that is discriminating against us,” said Mayor Rick Bonnette.

Officials in Washington and Ottawa are scrambling to avoid an all‐​out trade war. Even so, Buy American guidelines are complicating life for American companies, muddling municipal bidding procedures and blunting the overall effect of the stimulus.

To date, the Environmental Protection Agency has disbursed just $77 million of the $5.9 billion it has for municipal wastewater projects, in part because of Buy American provisions. Overall, the government has either spent or committed about $210 billion in stimulus finds, leaving $370 billion still to be doled out. (The rest of the stimulus is made up of tax cuts.)

The WSJ story also shows that the Buy American rules’ problems weren’t just limited to bureaucratic delays or foreign retaliation — they also raised costs for U.S. companies and consumers (in this case, U.S. taxpayers) and were often just plain incompatible with the realities of multinational investment and 21st century global supply chains:

Aquarius gets a lot of its parts from abroad, particularly from Canada. Such integration became even tighter after the North American Free Trade Agreement in 1994 joined the U.S., Canada and Mexico in a free flow of goods and services.

Trojan Technologies Inc. of Ontario, North America’s dominant maker of ultraviolet disinfection equipment for treating sewage, is a key supplier to Aquarius and other companies.

Because of the Buy American provisions, Trojan has had to shift production to a plant in Valencia, Calif., a move that has resulted in delays and additional costs being passed on to customers, said Trojan executive Christian Williamson.

Trojan is a subsidiary of Danaher Corp., a U.S. conglomerate based in Washington.

While some companies have the flexibility to shift production to the U.S., others don’t. General Electric Co. assembles complex wastewater‐​treatment systems in Canada with parts from Europe.…

Bob Weese, a spokesman for GE Canada, said the group’s wastewater‐​treatment business was having a tough time bidding for contracts with U.S. municipal governments because of the procurement rules.

“The supply chains are so integrated, it is crazy to try to impose a Buy American provision,” he said. “Some components cross the border four or five times” before they are completed.

Buy American rules are gumming up the plans of Frederick County, Md., to get $6 million of stimulus money for a $100 million wastewater‐​treatment plant. Long after the project bids and contracts had been signed, the county found itself on the wrong side of the Buy American provisions because their system uses certain membranes made by a GE subsidiary in Canada.

Kevin Demosky, a county utility official, is applying to the EPA for a waiver to use the GE parts. “The [Buy American] rules affect a small part of the project but are like a virus infecting the whole thing,” he said. “It’s like they want us to go back in time.”

The Biden plan, it should be noted, actually wants to “crack down” on Buy American waivers, ensuring even less flexibility for American companies, even higher costs for American taxpayers, and even more problems for American infrastructure projects — projects that, let’s face it, aren’t exactly models of efficiency already.

At least, as the Financial Times noted in June 2009, one group of Americans clearly benefited from the Stimulus Bill’s Buy American rules:

Confusion reins. For fear of missing out on contracts, many companies are demanding that all their suppliers are Buy American‐​compliant regardless of any exemptions.

“Those companies that can comply are of course thrilled and are trumpeting that in their marketing. Those that cannot are in agony and are losing business and cutting workers,” says David Ralston, a government procurement lawyer at Foley & Lardner. “The many companies that find themselves in the gray areas are calling their lawyers.”

Libertarians and other free marketers are frequently accused of impractical “fundamentalism” when we express opposition to things like Buy American rules and other types of protectionism and industrial policy. The short history lesson above (which you’d think the Biden Team knows, given the Vice President’s involvement) hopefully shows that, while Biden’s Buy American plan might be good politics, it’s not the free marketers untethered from reality.

Scott Lincicome is a Senior Fellow in Economic Studies at CATO, where writes on international and domestic economic issues, including: international trade; subsidies and industrial policy; manufacturing and global supply chains; and economic dynamism.