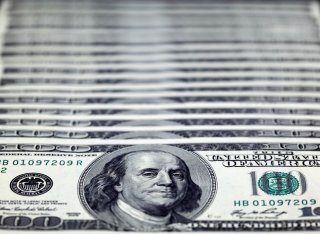 If reducing the nation’s deficit was the main concern for voters heading into the presidential election, neither major-party candidate would fit the requirement. Under President Donald Trump and Democratic nominee Joe Biden’s campaign plans, the debt will continue to swell for the next decade, with dangerous consequences for the nation’s finances.

According to an analysis from the Committee for a Responsible Federal Budget (CRFB) released Wednesday, its central estimates predict that Trump’s plan would boost the debt by $4.95 trillion over the next ten years, while Biden’s would increase the debt by $5.6 trillion during the same time period. The projections exclude the effects of spending to combat the coronavirus pandemic and developed economic crisis.

Since the candidates’ proposals were often unclear -- especially Trump’s proposals, “whose agenda contains very little details” -- CRFB released low-cost, central and high-cost estimates for both of the candidates’ plans to provide wide interpretation.

“The country’s large and growing national debt threatens to slow economic growth, constrain the choices available to future policymakers, and is ultimately unsustainable,” CRFB wrote. “Yet neither presidential candidate has a plan to address the growth in debt. In fact, we find both candidates’ plans are likely to increase the debt.”

Based on the committee’s low-cost and high-cost estimates, Trump’s campaign plan would boost the debt by $700 billion to $6.85 trillion during the next decade, while Biden’s could potentially lessen the debt by $150 billion or spike it by nearly $8.3 trillion.

Under Trump’s agenda, the president calls for increasing spending on child care and education by $150 billion, which is balanced by his savings of $150 billion on health care and long-term care like cutting prescription drug prices and ending surprise billion when looking at CRFB’s central estimate. The plan would also increase spending on infrastructure and supporting black-owned businesses by $2.7 trillion.

Other areas of the plan include a $300 billion increase in national security and immigration spending and cutting taxes by $1.7 trillion. CRFB noted that since the president’s bullet points on his agenda were “relatively vague,” the committee projected these estimates by examining budget proposals, previous statements and more detailed proposals from others.

For Biden’s central estimate, the former vice president calls for increased spending of $2.7 trillion on child care and education, $2.05 trillion on health care and long-term care,  $1.15 trillion for Social Security, Supplemental Security Income and retirement for older Americans and $4.45 on infrastructure and other domestic spending.

Biden’s policies would save $750 billion on national security and immigration and generate $4.3 trillion in revenue with his plan to increase taxes on higher-paid individuals and corporations.

According to CRFB, the debt has stretched from 39 percent of the economy in 2008 to 76 percent in 2016 -- just a 37 percent increase during an eight year period. It’s estimated to reach around 98 percent by the end of the fiscal year 2020.