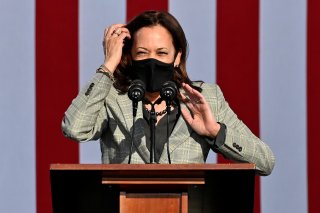 Pence could resurface some policing skeletons in Harris’s closet. Harris, a former prosecutor, is a skilled debater and was labeled “extraordinarily nasty,” by Trump during the confirmation hearings for his then-Supreme Court nominee Brett Kavanaugh. The intense questioning came from her prosecutorial and public speaking experience and left Kavanaugh incapable of giving a clear response. As an early rival of Democratic nominee Joe Biden during the primaries, Harris also slammed her now political partner for his views on busing during the 1970s.

The California senator is a forceful opponent. Pence must come ready to play the “attack dog role” and bring out the Biden-Harris ticket weak spots. Perhaps the vice-president can revisit some long-standing criticisms of her track record on capital punishment when she was the former attorney general of California, a strategy used by Rep. Tulsi Gabbard (D-Hawaii) at one of the Democratic primary debates.

"Senator Harris says she's proud of her record as a prosecutor and that she'll be a prosecutor president. But I'm deeply concerned about this record," Gabbard said. She went on to broadcast Harris’s stance on the death penalty, accusing her of isolating “innocent people” on death row, while she “blocked evidence” that could have aided their cases, an argument that sparked uproar from both sides of the aisle as Harris campaigned against it but later defended the death penalty during a legal challenge.

Gabbard also condemned her handling of marijuana violations, defensive stance on the cash bail system and keeping people in prison for cheap labor to combat the overwhelming wildfires in California.

“The people who suffered under your reign as prosecutor, you owe them an apology,” Gabbard told Harris.

In response to the accusations, Gabbard’s claim regarding Harris’s fluctuated position on the death penalty triggered a keen rebuttle from the former attorney general.

“My entire career,” Harris said, “I have been opposed, personally opposed, to the death penalty, and that has never changed, and I dare anybody who is in a position to make that decision to face the people I have faced and to say, ‘I will not seek the death penalty.’”

In 2004 when she served as the new district attorney in San Francisco, she refused to approve of the death penalty after a police officer was shot and killed while on duty — a stance that she chimed on her campaign that attracted more liberal voters. But the police union didn’t support her anti-death penalty stance, with some Democrats siding with the movement.

Nearly ten years later, Harris seemed to reverse her beliefs when she refused to support a California ruling for the death penalty to be deemed unconstitutional. The July 2014 ruling argued that people in prison were trapped on death row for a substantial period of time, which collided with the Eighth Amendment’s ban on cruel and unusual punishment.

“I am appealing the court’s decision because it is not supported by the law, and it undermines important protections that our courts provide to defendants,” Harris said in a statement at the time. “This flawed ruling requires appellate review.”

Californians were perplexed at Harris’s confusing initiatives to block the termination of the death penalty, a push that she ended up winning. It wasn’t until recently that Gov. Gavin Newsom (D) implemented a moratorium on the form of punishment.

In another case relating to the death penalty, Harris denied DNA testing to a man on death row in California, who aruged he was wrongfully accused of the crime. Harris did, however, tell the New York Times’s Nicholas Kristof that “I feel awful about this” and pressed for the state to enable testing.

At the vice-presidential debate on Wednesday, Pence can refer to these flip-flopped stances, particularly on the death penalty, to beam her fragility in law enforcement and potentially in politics. Although some of Gabbard’s blows were misleading, Pence could perhaps contend that innocent people will be unfairly served under a Biden administration, strengthening the conservative-leaning belief that in only a Trump-led White House will law and order be restored across the country.

The vice-president can also try to depict Harris as a flip-flopper on critical campaign issues.

The Veep debate that’ll take place in Salt Lake City, Utah, will be a crucial test for Pence. Will he pass it?