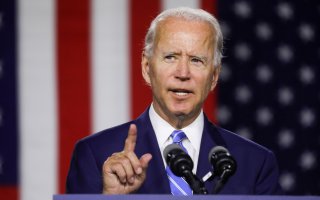 Presumptive Democratic nominee Joe Biden’s campaign team plans to announce his choice for vice president in the middle of the week since he’s finally finished all interviews with the candidates, The New York Times reported.

His four-member running mate selection committee has dispersed, pushing Biden to complete the last step of the process—to make the decision.

Biden’s campaign has drawn up unveiling plans for some of the top candidates on the shortlist, as well as “outreach efforts,” according to the publication, that will unite key Democrats and voters following the vice presidential selection.

“They have no idea who it’s going to be,” Rep. Filemon Vela (D-Texas) told The New York Times, referring to Biden’s campaign team. “But they are making all the preparations necessary so that when the announcement is made, they can do what they are supposed to do in terms of rolling it all out.”

The former vice president’s decision is expected to be made public Tuesday, but Democrats don’t think it’ll come until Wednesday. Stalling announcements isn’t unusual for Biden, so it’s rumored the timeline could be prolonged even more.

Some top contenders on Biden’s list include Sen. Kamala Harris (D-Calif.), Susan Rice, Sen. Elizabeth Warren (D-Mass.) and Michigan Gov. Gretchen Whitmer. Other candidates include Rep. Karen Bass (D-Calif.) and Sen. Tammy Duckworth (D-Ill.). Biden’s gotten pressure from the party to choose a woman of color, as some of his leading candidates are black, Latina and Asian American. Polls indicate that most Democrats prefer a woman of color on the ticket, a decision that'll likely stimulate voters since it would be the first minority woman on a Democratic ticket ever.

“He’s looking at everything,” Rep. Cedric Richmond (D-La.),  a co-chair of Biden's campaign, said last week. “Who he’s most comfortable with, who helps him win. There’s a lot that goes into it. He’s going through his thought process.”

Once a decision is made, Biden’s campaign noted there will be fundraisers and other efforts to boost energy in the party, including a “virtual event introducing our running mate,” which will be sponsored by Women for Biden.

During the last few weeks, Biden has had a mix of meetings with the candidates—both in-person and virtually—and sources close to the presumptive nominee say that Biden has been in contact with each of the top members of the list.

One of the most recent meetings was with Whitmer last week, and although she isn’t a woman of color, if Whitmer’s selected as Biden’s running mate, Michigan’s lieutenant governor, Garlin Gilchrist II, would likely replace her and be the only black governor in the country. Michigan is a battleground state lost by Hillary Clinton in 2016, so rallying the state’s votes is critical to Biden’s election chances.

“This is like the best-kept secret in the universe,” former Sen. Barbara Boxer from California, who served with Biden on Capitol Hill, told the Times. “We’re all anxious so we can get this behind us and get on that trail.”