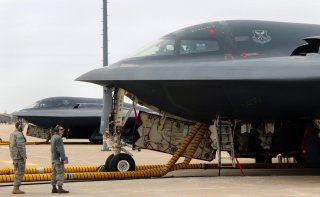 Key point: The new aircraft will be designed to have global reach, in part by incorporating a large arsenal of long-range weapons.

Kris Osborn of Warrior Maven previously served at the Pentagon as a Highly Qualified Expert with the Office of the Assistant Secretary of the Army - Acquisition, Logistics& Technology. Osborn has also worked as an anchor and an-air military specialist at national TV networks. He has a Masters Degree in Comparative Literature from Columbia University. This first appeared last year.