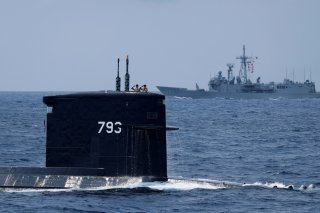 Here's What You Need To Remember: Clearly, no military advantage is guaranteed forever. Just as Washington has innovated to find unique ways to maintain its battlefield edge, the challenge that will likely soon present itself in the underwater domain will also be met.