Are We Too Optimistic About Coronavirus? 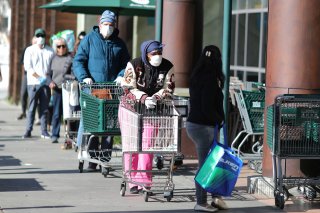 As the coronavirus has fanned across the globe, some people have been more complacent about the risk of contracting the virus than others.

“It’s insensitive, it’s arrogant, it’s self-destructive, it’s disrespectful and it has to stop now,” Cuomo said. “This is not a joke, and I am not kidding.”

Where does this complacency come from? Why are so many refusing to change their habits and going about their day as if everything were normal?

It could have to do with a well-documented phenomenon called the “optimistic bias,” which I’ve researched extensively as a social psychological scientist. Essentially, it refers to when people see themselves as less susceptible to risk than others. We think, for example, that we’re less at risk than other people of having a stroke, getting injured in a car accident or getting divorced. Smokers know that smoking is dangerous but still think they’re less at risk than other smokers of getting lung cancer.

We’re seeing this same phenomenon play out with the coronavirus.

A recent study of more than 4,000 Europeans in France, Italy, the U.K. and Switzerland showed that about half of the participants thought they were less likely than other people of getting infected. And only 5% of respondents thought they’d be more likely to become infected.

Is that because people are delusional? Hardly. Earlier this month, a study of nearly 1,600 Americans found that people thought their own personal risk was increasing, but they saw everyone else’s risk also increasing. Therefore, people still thought they were personally less at risk than other people.

Why do people tend to downplay risks to themselves?

Personal experiences play a big role. For now, coronavirus can seem distant and far away. Without viscerally experiencing it – either through contracting it yourself or seeing a close friend or family member become infected – risk of infection can be hard to grasp. In fact, my research found that people who had experienced an earthquake up close – as residents of Los Angeles did in 1994 – weren’t optimistically biased that they would avoid injury from a future one. However they were optimistically biased about emerging unscathed from natural disasters they hadn’t experienced, such as a flood.

For this reason, I’d expect the optimistic bias for the coronavirus to be smaller or absent in areas with high casualties where the virus has hit “close to home.”

In general, optimism is a good coping mechanism. It gives us a sense of control, and reduces our anxiety, when we think that bad stuff happens to other people, but not to us.

But in the case of a pandemic like the coronavirus, if you don’t think something bad is going to happen to you, you might not bother changing your behaviors. That’s exactly what a U.S. study on the coronavirus found: Personal risk perception was the best predictor of whether people washed their hands or engaged in social distancing. Similarly, research on the H1N1 virus showed that personally believing you were at risk predicted engaging in more avoidance behaviors.

Risk perceptions can be hard to change, but one strategy is to consider socially distancing and staying at home as moral choices. Causing harm to others is typically viewed as immoral especially if the victims are seen as vulnerable and in need of protection, like the elderly.

In my own research on smoking, the more smokers agreed it was immoral to smoke because it could harm others, the greater they saw their own personal risk. These participants were the most interested in quitting.

What’s difficult with all risks – including the coronavirus – is that you don’t necessarily know or see the potential harm to other people from your own behavior. If you don’t think you’re infected, you might not think it matters to avoid interacting with your grandmother. So the uncertainty of infection leaves you open to risk minimization and rationalization. But turning the action from one of personal risk to one of moral choice might interrupt the risk minimization process and boost preventative behaviors.

It’s possible to adopt an optimistic “we’ll get through this” attitude while still taking all the recommended precautions.

Marie Helweg-Larsen receives funding from the National Institutes of Health.

Her article first appeared in The Conversation on March 25.

Image: People stand apart from each other as they wait in line outside Whole Foods after California issued a stay-at-home order due to coronavirus disease (COVID-19) in Santa Monica, California, U.S., March 25, 2020. REUTERS/Lucy Nicholson