‘Red Flag’ Gun Laws: Everything You Need To Know 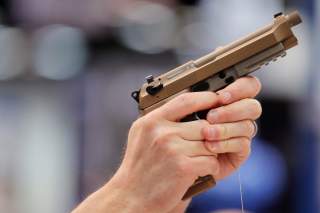 A: Certainly, law enforcement officers may face violent threats while serving red flag orders and seizing firearms from individuals determined to be dangerous under these laws.

However, law enforcement officers often respond to dangerous situations during the normal course of their duties, and there’s no practical difference between executing a red flag seizure, serving a normal arrest warrant, or taking someone into emergency protective custody when he or she is in the middle of a mental health crisis.

In fact, red flag laws may help reduce the overall risk to law enforcement by allowing mentally unstable or dangerous people to be identified and disarmed prior to the point where they are actively engaged in violent behaviors directed toward themselves or others.

By disarming these individuals and rerouting them toward proper treatment or other appropriate intervention before they reach a crisis stage, police officers and communities are ultimately safer from potentially volatile situations, not less safe.

Q: Where can I find out more about red flag laws?

A: The Heritage Foundation has previously written about red flag laws here: