‘Starting to Fail’: Britain Says Russia Is Stalling Out in Ukraine 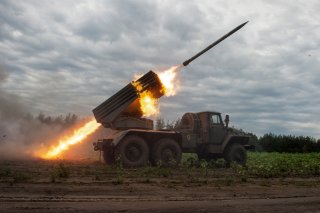 British defense secretary Ben Wallace claimed Thursday that Russia’s invasion of Ukraine, now in its sixth month, had “faltered” and was “starting to fail.” The claim came amid several high-profile setbacks for the invading forces and Western nations’ increasing delivery of high-tech weaponry to the Ukrainian side.

Wallace’s remarks came at a conference in Copenhagen, where 26 countries in North America and the European Union agreed to provide an additional $1.5 billion for Ukraine’s military. Although the secretary observed that the fighting had continued and thousands of additional casualties could be expected on both sides, the Russian attack was “starting to fail in many areas,” referencing the failure of Russia’s initial attack on Kyiv and its subsequent transfer of most of its forces to the eastern Donbass region.

“Their invasion has … consistently been remodified, to the extent they are really only focusing in parts of the south and in the east, a long, long way away from their three-day so-called ‘special military operation,’” he said, referencing Russia’s preferred moniker for the invasion. “[Russian] President [Vladimir] Putin will have gambled that, come August, come a few months in, we will have all got bored of the conflict and the international community would have gone off in different directions. Well, today is proof of the opposite.”

Wallace described the pledges at the Copenhagen summit, co-hosted by Danish defense minister Morten Bodskov, as being “designed to help Ukraine win, to help Ukraine stand up for its sovereignty and … to ensure that President Putin’s ambitions fail in Ukraine, as they rightly should.”

“We will continue to assist Ukraine in its military needs,” Bodskov added, noting that the money raised from the pledges would be put not only toward supplying existing weapons to Kyiv, but maintaining sufficient production in the West, training Ukrainian soldiers, and engaging in humanitarian operations, including landmine removal, in recaptured areas.

The United States, the United Kingdom, and the European Union have each pledged to send additional weapons to Ukraine, particularly long-range artillery. Britain announced on Thursday that it would provide an additional $300 million in M270 multiple-launch rocket systems, as well as M31A1 missiles with a range of fifty miles.

Ukrainian defense minister Oleksii Reznikov, who attended the meeting, thanked the participants on Twitter for being “reliable partners” to Kyiv.