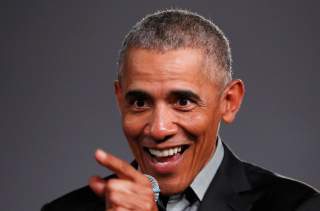 “To my fellow Democrats. Be wary of attacking the Obama record. Build on it. Expand it. But there is little to be gained – for you or the party – by attacking a very successful and still popular Democratic President,” Holder warned on Twitter late Wednesday night.

“This whole suicide mission of going after Barack Obama smells like desperation, and I think it certainly shows that some of them are just not ready for where they are, and that is where you can take incoming fire and also shoot fire out,” Sharpton said in a Thursday morning appearance on MSNBC’s “Morning Joe.”

“You and I, Joe, have built our careers taking shots at people, but we also know how to take a shot without throwing our mama in front of the bus,” Sharpton told host Joe Scarborough.

Julian Castro, the former secretary of Housing and Urban Development (HUD) under Obama, claimed Biden hadn’t learned from “the lessons of the past,” because Biden opposes decriminalizing unauthorized border crossings.

New York City Mayor Bill de Blasio also attacked Biden for the roughly 3 million deportations carried out under the Obama administration, a number hecklers shouted at Biden during the debate. “Vice President Biden, I didn’t hear your response when the issue came up of all those deportations,” de Blasio said.

“You were Vice President of the United States, I didn’t hear whether you tried to stop them or not, using your power, your influence in the White House, did you think it was a good idea, or did you think it was something that needed to be stopped?” the mayor continued.

Biden dodged the question in his response.