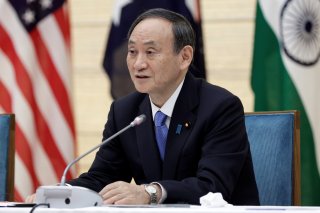 The leaders of the four nations in the Quadrilateral Security Dialogue—better known as the “Quad”—gathered at the White House on Friday, marking the first in-person meeting of the group since its formation.

In his opening remarks, President Biden said that the four countries were “coming together to take on key challenges of our age,” listing the pandemic, climate change, and the pursuit of new technology as areas of mutual interest. Biden also announced a fellowship program for Indian, Japanese, and Australian students to study science, technology, engineering, and mathematics (“STEM”) subjects at American universities.

The Quad was established as a security alliance between the four nations, seemingly as a counterweight to increasing Chinese influence in the Pacific. Unsurprisingly, China has reacted to the group with hostility, describing its formation as “extremely irresponsible” and suggesting that it increased the chances for a military conflict.

Another major issue concerning the Quad has been the new “AUKUS” security pact between the United States, the United Kingdom, and Australia, which promises to provide nuclear submarine technology to Australia. The most negative reaction to the pact has come from France, which saw its contract to provide submarines to Australia canceled without warning. However, China has also expressed its anger at the AUKUS deal, as it is widely considered the principal target, as have other mutual adversaries such as North Korea.

U.S. officials have repeatedly expressed the idea that neither the AUKUS deal nor the Quad should be considered as being aimed at any country. White House Press Secretary Jen Psaki said on Friday that the Quad was “not a security meeting or security apparatus.”

In the same spirit, Prime Minister Modi underlined in his remarks that the Quad’s purpose was to foster cooperation to “ensure prosperity and peace in the Indo-Pacific and in the world.” However, India has also experienced rising tensions with China over the past year, following deadly clashes along the two countries’ disputed border in June 2020.