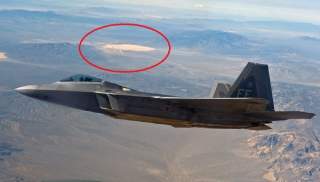 According to Fox News, more than 250,000 people have signed up to attend a Facebook event planning a raid on Area 51 in southern Nevada to “see them aliens.”

The event, titled, “Storm Area 51, They Can’t Stop All of Us,” will see a group of alien hunters meeting at 3 a.m. on Sep. 20, 2019 near the top-secret U.S. Air Force (USAF) Base to coordinate a plan of attack to reveal the truth behind the curtain.

From there, the group will “Naruto run” with their arms stretched behind them like Naruto Uzumaki in the Japanese anime series “Naruto,” and therefore “move faster than their bullets.”

The joke event is hosted by “S***posting cause im in shambles,” a page that posts memes, and SmyleeKun, a guy who streams video games on Twitch.

“Let’s see them aliens,” the event hosts wrote in an apparent effort to rally the troops.

The USAF facility commonly known as Area 51 is a highly classified remote detachment of Edwards Air Force Base (AFB), within the Nevada Test and Training Range. According to the Central Intelligence Agency (CIA), the correct names for the facility are Homey Airport (ICAO: KXTA) and Groom Lake, though the name Area 51 was used in a CIA document from the Vietnam War.

The facility has also been referred to as Dreamland and Paradise Ranch, among other nicknames. The special use airspace around the field is referred to as Restricted Area 4808 North (R-4808N).

The base’s current primary purpose is publicly unknown; however, based on historical evidence, it most likely supports the development and testing of experimental aircraft and weapons systems (black projects). The intense secrecy surrounding the base has made it the frequent subject of conspiracy theories and a central component to unidentified flying object (UFO) folklore. Although the base has never been declared a secret base, all research and occurrences in Area 51 are Top Secret/Sensitive Compartmented Information (TS/SCI). On Jun. 25, 2013, following a Freedom of Information Act (FOIA) request filed in 2005, the CIA publicly acknowledged the existence of the base for the first time, declassifying documents detailing the history and purpose of Area 51.

Area 51 is located in the southern portion of Nevada in the western US, 83 miles (134 km) north-northwest of Las Vegas. Situated at its center, on the southern shore of Groom Lake, is a large military airfield. The site was acquired by the USAF in 1955, primarily for the flight testing of the Lockheed U-2 aircraft. The area around Area 51, including the small town of Rachel on the “Extraterrestrial Highway”, is a popular tourist destination.

Will anyone take the “Storm Area 51” Facebook event seriously and actually show up at the heavily-guarded site with 24-hour surveillance?

That remains to be seen, but the truth is out there.