This 1 Picture Should Terrify the Army and Marines: 1 Million North Korean Soliders 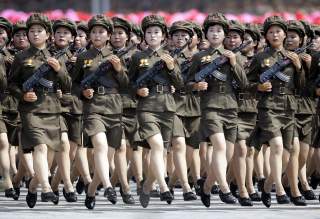 Pyongyang would be no pushover in a war.