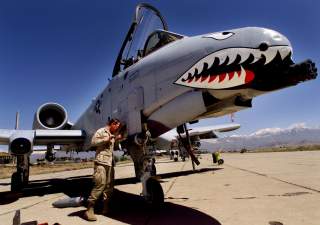 Key point: The A-10 packs a serious punch to help troops on the ground. Flying a Warthog is one heck of an experience.