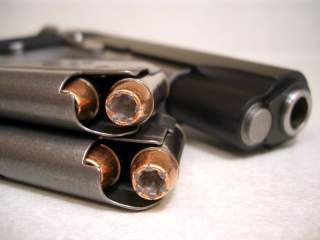 The 1911 is the most ubiquitous and recognizable handgun in existence today.

You’ve seen the 1911 in hundreds of movies, and it’s probably the first gun that comes to mind when you think of a pistol.

Before we take a look at our top picks for cheap 1911s, let’s explore the history of this iconic gun.

The 1911 pistol is an American icon. It has been in the the hands of 5 generations and its popularity is still rising. This pistol has become synonymous with power, durability and the American military.

Military and law enforcement quickly adopted the original design by John Moses Browning (JMB) as a sidearm. The high versatility of the perfect and straightforward design of the gun made it appropriate for different purposes from self-defense to hunting, target-shooting or competitions.

At the end of the 1800’s, there was a huge demand for a more reliable gun, a self-loading pistol.

The standard back then was the .38 Long Colt, but a more reliable .45 was required. This was exactly what JMB had in mind when he crafted the semi-automatic pistol that would pass the most rigorous US military tests.

Simulations included shooting the gun after it has been thrown in mud, submerged in acid or loaded with deformed cartridges. Over 6000 test rounds were performed at the time on this piece of metal, which was the only one to emerge from the competition with other notable brands such as Smith & Wesson and Savage.

The 1911 stood the test and that’s why it’s still a badass gun to this date.

The U.S. was so impressed with this weapon it bought over 2.7 million M1911sand M1911A1 between 1911 and 1986 when Beretta replaced it. This gun has been everywhere from WWI, WWII, Korean War and Vietnam War.

Even now some units of the US Navy, Marine Corps, and Special Forces use it as their sidearm.

The 1911 is a single action, magazine-fed, recoil operated, semi-automatic pistol, usually working with a .45 ACP cartridge. For more about ammunition – check out our bullet and caliber guide.

The pressure of the combustion gases pushes the round down the barrel at speeds averaging 850 feet/second. The empty case is then ejected by a kick in the rear, the slide is pushed forward by a spring and pulls a new cartridge from the angled magazine, depositing it into the firing chamber.

1911’s durability is due to the lack of fasteners except for some grip screws. The recoil spring keeps the vital components in place.

The great thing is that this pistol can be disassembled and reassembled by using its components as tools.

The model employed by the military comes with a grip safety and a manual safety, while commercial models also include a firing pin safety. Some 1911’s have rails to mount scopes and other add-ons for hunting or sports, being the weapon of choice in many competitions.

The original M1911, originally produced by Colt (one of the original AR-15 makers), has become a portfolio item for a broad range of manufacturers, both American or foreign, and nowadays you can find 1911s manufactured in South America, Asia or Europe.

It is almost like every major company has their flavor of the classic, yet the pieces are not equal.

At the beginning of the century, the 1911 was made primarily by Colt or Springfield Armory, which belonged to the Government. Starting with WWI, Remington also got a license to produce it along with other Canadian and local companies.

The trend continued during the WWII, when even the sewing machine company Singer joined the lines, creating guns that are now considered collector’s items.

Since the 1911 pistol is a standard, whenever a gun company is expected to be taken seriously, it develops a 1911 of its own. It is both a benchmarking and a maturity test at the same time.

For you the buyer, this creates both an array of opportunities and a headache to select the best piece of metal for your money.

The natural question is “what is the best 1911?”,  and is the price justified for the expensive ones?

To cut through the confusion of multiple models and prices I’m going to look at some of our top models to find share our best picks.

Most guns in this range are not produced in the U.S., but offer a fair amount of quality for the price. You can expect minor flaws, but they still score high in reliability and can act as a trustworthy partner for self-defense.

This handgun — crafted in the Philippines — is a good pick for the under $500 price tag. It can be used immediately, with no breaking in period required.

Usually, displays no failures in either department, including feed, chamber, fire or cartridge eject. Designed by Armscor, the pistol follows the lines of the original WWII patent carefully.

The most annoying feature can be the fact that the flat sides do not fit the grip frame perfectly, a problem that can be addressed by installing aftermarket grips.

The RIA is a great choice for self defense. If you want a simple weapon to defend your home and family this is an affordable choice that is highly reliable.

Don’t let the name fool you, this is also made in the Philippines but it’s extremely accurate and reliable.

The Metro Arms is rugged enough to keep in a tool box, under the car seat or in the glovebox.

It has an extended slide stop for safety and beavertail grip for comfort. Expect a skeletal combat hammer and a tuner trigger. The wooden scaled grip might seem odd, but can be replaced if you want something more aggressive.

Impressive accuracy and sturdiness. A buck well spent. I have 2 Metros as backup pieces.

The Taurus 1911 is an affordable gun, manufactured in Brazil, hand-fitted for accuracy, with dovetail sight, lowered and flared ejection and 5″ barrel.

The nice thing about this piece is that is hammer forged, and you can see that by checking the serial numbers on the parts. A good crisp short trigger completes the ensemble.

This particular piece ranks high in safety due to the ambidextrous safety and Taurus’ special system on the hammer that disables the gun. It comes with two magazines and a bushing wrench from most gun dealers.

Great price and a high quality item for sure.

If you will settle for nothing less than American, the AO 1911A1 pistol should scratch your patriotic itch. Best in its class (for the money), AO’s BKO model excels at trigger compression, doesn’t stutter and gives top accuracy after you pass the break-in period.

Be sure to give it enough time and rounds, lubricate long bearing-bearing surfaces and expect some malfunctions during this time.

This is as close as it gets to the mid-20th century gun.

If you do not have the patience and just want a weapon that works just out of the box, this is not the option for you. Great choice and value once again.

In this price range, you can expect a high standard of quality. Expect to find some trademark names including Remington, S&W, Springfield, Sig, Kimber, Para and of course, Colt.

As long as you are not looking for anything custom made, but more for a long-lasting piece of equipment, you are in the right place.

The SA mil-spec comes with an original 1911 short trigger and a GI style thumb and grip safety, as well as a GI hammer.

The performance and accuracy of this gun are impressive, just needs some little extras, like a beavertail grip safety.

A SOLID pick for anyone looking for an upgrade on the cheaper 1911s.

This .45 caliber carbon-steel frame gun is equipped with a skeletonized trigger, single column magazine and dovetailed sights and a low-mount combat sight.

The full-length recoil guide rod makes the Deagle 1911 operate and cycle much smoother, also improving the lifetime of the slide.

The grip made out of checkered wood enhances control. For ease of recharging the beveled magazine well can help a quick change. It has an extended thumb safety and beavertail grip safety.

The shooting accuracy of this piece is hard to match, offering an excellent price-quality ratio.

REMINGTON R1 – MOST SIMILAR TO ORIGINAL 1911

You can choose the simple or enhanced model of the 1911 made by one of the first manufacturers after Colt.

This is one reliable, accurate and enduring handgun.