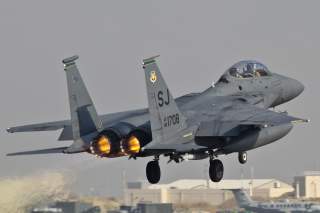 Or not: According to the Syrians, the stricken F-15 crashed into the sea off the coast of Tire. The Israeli pilot supposedly ejected. Recalling the same encounter, the Israelis reported that their F-15s shot down on MiG-25 with a Sparrow missile.

There are problems with this story. Neither the Syrians nor the Russians have ever provided any evidence, such as radar tapes or wreckage. Another issue is that the Syrian air force never actually received any MiG-25Ps. Syria acquired several batches of Foxbats, including two of MiG-25PDS interceptors, but no MiG-25Ps.