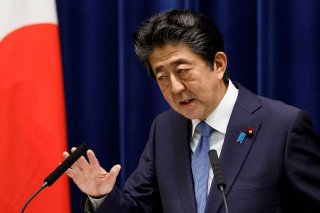 Bloomberg News reported this week that Japan and its president, Shinzo Abe, has passed an economic program that’s been described as the “Digital New Deal.” The program entails upgrading the country’s public administrative system, which has been described as outdated, while also helping to safeguard Japan from natural disasters.

The plan, however, omits the goal of achieving a budget surplus by 2025 and that, per Bloomberg, “the government’s priority for now is to support the economy with spending rather than to improve its fiscal health.”

Indeed, Japan has a massive amount of debt. According to a Bangkok Post analysis last month, Japan will add $2 trillion to its debt this year, after it was measured at over $12 trillion as of the end of 2019. That figure is more than two and a half times Japan’s economy.

The debt built in the 1990s, during Japan’s post-boom economic decline, and has been larger than the nation’s GDP for more than twenty years. At the same time, the country’s population is aging and has been declining since 2011. A book published a few years ago, “Local Extinctions,” alleged that not only would the population continue its slide, but that hundreds of Japanese towns were likely to go “extinct” by 2040.

This has all led some in Japan—as sometimes happens in America —to warn that growing debt will lead to eventual economic catastrophe. For Japan, that remains a distinct possibility in the long term, although there aren’t signs right now that such a thing is in any way imminent.

“Japan’s weak government finances have deteriorated further in fiscal 2020 owing to the COVID-19 pandemic,” S&P said. “The fiscal position should improve materially once the outbreak recedes and economic growth returns. Nevertheless, we expect the fiscal deficit will remain relatively high.”

However, S&P has retained its A+ long-term and A-1 short-term sovereign credit ratings for Japan and added that “massive asset purchases” by the Bank of Japan would likely continue to keep Japan’s debt-servicing costs low.

According to the Bangkok Post analysis, yields from government bonds are extremely low, while investor confidence also remains low. In addition, Japan is a huge creditor, holding trillions in foreign currency reserves.

“Japan’s +200% Debt to GDP ratio cannot be compared to Kenya,” Billow Kerrow, a Kenyan politician, tweeted in late 2018. “Almost all of Japan’s debt is owned by the central bank and the domestic financial system. If it did not repay, it will default against itself. Much of ours is external. If we default, we will be thrown under the bus!”

Meanwhile, Bloomberg News reported this week that a quirk of Japan’s credit market, in which bonds are often sold on Fridays, is hurting overall debt sales.

When will the reckoning come? A Forbes analysis in 2017 predicted that Japan’s interest repayments would exceed its tax revenues by 2041.

That analysis appears to agree that while Japan doesn’t face any kind of default in the near-term, its current strategy is likely not sustainable indefinitely.

“Japan may be a prodigal debt manager for now, but because the structure of its society will not change significantly and its economy is not productive enough, the only viable option is default,” the Forbes piece says. “This scenario is what economists claim to be impossible. Unless Japan attempts a leap of fate to ensure economic grow outpaces interest payments, then the die is cast.”