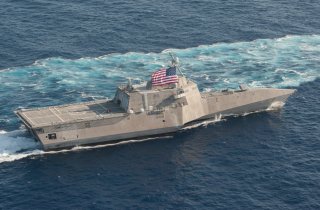 When the year 1938 is mentioned, the first thing that comes to mind is the Munich Conference, which has become the prime example of appeasement. Adolf Hitler claimed he was protecting ethnic Germans in Czechoslovak’s Sudetenland border area just as Vladimir Putin claims he is protecting ethnic Russians in Ukraine’s Donetsk region. Both aggressors seized these disputed lands when the Great Powers refused to defend the smaller states. Hitler then moved to take the rest of Czechoslovak in 1939 without a fight, and then later in the year invaded Poland. Unlike the Czechs, the Ukrainians have fought the invasion. Their valiant actions and Russian military failures changed the strategic landscape. The United States and NATO have sent arms of increasing sophistication to the Ukrainians to keep up their defense and deter any expansion of the war into Poland or other countries. History is taking a different, hopefully, better course.

What is often overlooked about 1938 is what was happening in Asia, and the U.S. response. Washington was not involved in the European crisis but was alert to Japan’s expansion. In 1937, Tokyo invaded China and withdrew from the naval arms control system that had limited the fleets of the Great Powers since the Washington Treaty of 1922. It is popularly thought that the United States did not mobilize its immense industrial capacity until after Pearl Harbor was attacked, but Japan’s aggressive acts sparked American naval rearmament. Due to the years it takes to build major warships, this was a buildup just in time to fight the war, but not soon enough to deter it.

The leader of the naval rearmament effort was Rep. Carl Vinson (D-GA), chairman of the House Naval Affairs Committee. It is why there is an aircraft carrier named after him in today’s fleet. He had been pushing legislation to expand the fleet since 1934, but with little success as the public mood was not focused on world politics when the country was in the Great Depression. Indeed, in 1933 Norman Angell was awarded the Nobel Peace Prize for his 1910 book, The Great Illusion, which claimed a major great power conflict was impossible due to economic interdependence, an argument still in use in some circles today. He had been writing in opposition to a plan to expand the Royal Navy in the face of a rising Imperial Germany. He was proven terribly wrong in 1914 and fortunately had not been able to stop the British naval buildup. Yet, there was renewed hope twenty years later. Unfortunately, he won his Nobel the same year Hitler took power and two years after Japan had invaded Manchuria.

Vinson’s First Naval Act in 1934 only authorized the Navy to expand to the arms control treaty limits, and then not until 1942. Japan’s withdrawal from treaty limits led to the United States laying the keel for the first battleship (USS North Carolina) to be built since before the Washington Treaty in late 1937 followed by a second battleship (USS Washington) in 1938. The main armament increased from the 14” guns allowed by treaty to 16” guns. Rep. Vinson introduced his Second Naval Act in 1938 which authorized three Iowa-class battleships, two Essex-class aircraft carriers, nine cruisers, nine submarines, and twenty-three destroyers. A separate bill funded South Dakota and three sister battleships, the carrier Hornet, four cruisers, eight destroyers, and six submarines. Hornet was sunk and South Dakota was damaged at the Battle of Santa Cruz less than three weeks before the Naval Battle of Guadalcanal in late 1942. 1938 is also when the B-17 Flying Fortress heavy bomber entered service.

In 1940, legislation to create a “Two Ocean Navy” was enacted, calling for the new construction of ten aircraft carriers, seven battleships, thirty-eight cruisers, 185 destroyers, and sixty-five submarines. By July 1940 (sixteen months before Pearl Harbor) some eighty warships were under construction. And that month yet another naval expansion bill was passed calling for eleven more aircraft carriers, eleven battleships, fifty cruisers, and 100 destroyers. These were the ships that would enter combat in 1943 and 1944 to crush the Japanese fleet (as well as rout the German U-boats). At its lowest point in late 1942, the USN had only one aircraft carrier in action, the famous Enterprise. The Saratoga was out of action due to damage, all the other pre-war carriers had been sunk. Yet, two years later, it could deploy twenty carriers off the Philippines supported by a vast armada of other warships, while its submarines swept the seas of Japanese shipping.

While the Battle of Midway (June 4-7, 1942) is heralded as the turning point in the Pacific War because four Japanese carriers were sunk at the loss of only one U.S. carrier, it was the Naval Battle of Guadalcanal (November 12-15, 1942) that bloodied the vanguard of the naval construction surge started in 1938 that would take the war to Japan.

During the night of November 12/13, the Japanese launched a major effort to reinforce their forces on Guadalcanal and to bombard Henderson Field, the U.S. airbase that controlled the waters around the island during the day. The bombardment force consisted of two battleships escorted by a light cruiser and eleven destroyers. A dozen more destroyers escorted a convoy of transports carrying 7,000 Japanese troops.

We knew another run of the “Tokyo Express” was coming. Two heavy cruisers, three light cruisers (including Atlanta and Juneau from the 1938 plan), and eight destroyers were sent out to intercept the bombardment force. The rival task forces met at close range. The battle at the end of the excellent John Wayne-Kirk Douglas movie In Harm’s Way (from the novel by James E. Bassett) was loosely based on this engagement. Japan lost one battleship, crippled in the battle and sunk the next day by airstrikes from Henderson, and two destroyers. But our navy was mauled. Two light cruisers (including Atlanta) and four destroyers were sunk, while both heavy cruisers were severely damaged. Both American admirals with the task force were killed, the only two flag officers lost in surface combat during the war. When the damaged Juneau was sunk later by a Japanese submarine, the five fabled Sullivan brothers were lost. Yet, their sacrifice compelled the Japanese to turn back. However, the Imperial Japanese Navy still had plenty of warships in the area, and when a cruiser squadron was sent “down the slot” the next night, there were no American warships left to oppose them.

A battleship, two heavy cruisers, two light cruisers, and eight destroyers were sent to bombard Henderson the next night. They expected no resistance. They got a surprise. Seemingly out of nowhere, the new battleships Washington and South Dakota arrived under the command of Vice Admiral Willis Lee (a descendant of Civil War general Robert E. Lee). The Japanese battleship Kirishima was hit by fifty shells and sank. Though the four USN destroyers were lost, and the South Dakota put out of action for part of the battle, the IJN turned tail with Washington and Lee in hot pursuit. The Japanese never tried such a naval assault again and eventually withdrew their troops from Guadalcanal. Though it had been a rough start for the new warships, the tide had turned and the fleet pouring out of American shipyards could not be stopped.

The prewar naval arms control system had established a 5-5-3 ratio of capital ships to the UK, United States, and Japan. However, the Royal Navy and the USN had global commitments while Japan could concentrate its smaller fleet in Asia to exercise regional dominance. The United States is facing the same problem today: China is not limited by treaty and can concentrate a larger fleet in the theater of operation along the First Island Chain.

Chairman Xi Jinping has told his military to be ready to invade Taiwan by 2027. A confrontation could come sooner. Yet, current shipbuilding plans do not see an expansion of USN fleet size until that year at the earliest, with many cruisers and Littoral Combat Ships being taken out of service early, offsetting new construction. The fleet won’t reach its targeted goal of 355 manned ships until decades later (compared to 300 afloat today). More importantly, the building pace will not keep up with an expanding Chinese fleet. It is not a “just in time” schedule to meet Beijing’s ambitions. What could we do in 1938 that we cannot do in 2023? Are we poorer as a country? Are our international interests less? Is the world security situation better? How we think about these questions will determine what we do in the next few years and whether the U.S. Navy can prevail in a future battle off an island in the Pacific.