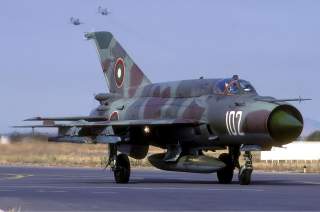 In 1966, Israeli Intelligence Convinced an Iraqi Pilot to Defect with His MiG-21 Fighter