20 Best Guns On the Planet Today from Glock, Sig Sauer and More 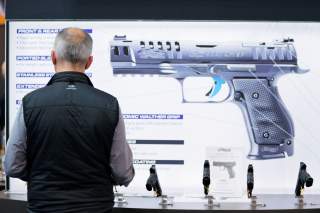