In 2030, What Countries Will Have the Most Power Airforces? 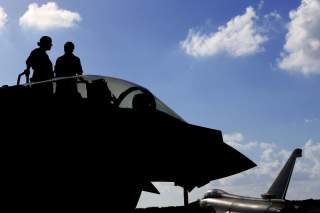