3 Benefits of an Improved Saudi-Israeli Relationship 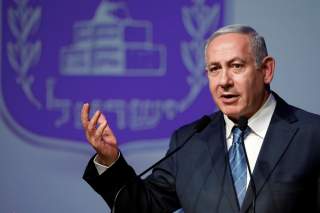 Saudi Arabia’s recent intimacy with Israel can be best explained with reference to the adage “my enemy’s enemy is my friend.” The enemy in this instance is Iran, which both countries perceive as a threat to their strategic interests in the Middle East. Iran is engaged in a fierce competition with Saudi Arabia for influence in the Persian Gulf and the wider Middle East. Furthermore, Riyadh seems to be losing this competition as events in Syria, Lebanon and Iraq, as well as Qatar’s defiance of Saudi threats and the slow but sure unraveling of the GCC, demonstrates.

The reasons for Israel’s overtures toward Saudi Arabia are more complex. A common front against Iran is one of the factors determining Israeli policy. Iran challenges Israel’s nuclear monopoly in the region and uses its influence in the Levant to impede Israeli dominance of the region and is, therefore, considered a threat by Israel’s policymakers. Equally important, the Israeli government believes that improved relations with Riyadh will also serve other major goals.

First, Saudi Arabia’s lead in establishing relations with Israel, which is now an open secret, is likely to induce other Arab states, especially the oil-rich countries of the Gulf, to open their economies to Israeli investment and technical expertise thus bringing Israel substantial economic benefits. Israeli prime minister Benjamin Netanyahu’s recent visit to Oman and those of other senior Israeli cabinet members to the UAE are a part of the same strategy. But, the success of this strategy is critically dependent upon Israel developing a significant, even if unacknowledged, relationship with Saudi Arabia.

Second, the Netanyahu government has estimated that improved relations with the Saudi regime, the “keeper of Islam’s two holiest places” and the world’s leading oil exporter, will help resolve the Israeli-Palestinian conflict to Tel Aviv’s satisfaction. It would assist Israel in maintaining the status quo—or more specifically, control of all the territory between the River Jordan and the Mediterranean Sea—without giving the Palestinians any right of citizenship and thereby diluting Jewish political predominance in the area. Furthermore, with Riyadh’s help the status quo would be made acceptable to other Arab and Muslim countries as well since several of them, such as Egypt and Pakistan, are dependent upon Saudi largesse.

The Saudi-Israeli rapprochement has been actively supported by the Trump administration as well. Jared Kushner, the president’s son-in-law and the administration’s point man on the Middle East, has developed a special relationship with Crown Prince Mohammed bin Salman (MbS). He has used this, among other things, to prod MbS to accept Israel’s point of view on the Palestine issue and he had considerable success in moving the Saudi regime in this direction before the Khashoggi affair.

The United States is also very interested in a joint front between Saudi Arabia and Israel against Iran, which is seen as America’s principal adversary in the Middle East. The opposition of both Riyadh and Tel Aviv to the Iran nuclear deal laid the foundations for such a joint front. Donald Trump’s accession to power and his subsequent withdrawal from the nuclear agreement have further emboldened Saudi Arabia and Israel in their confrontation with Iran.

Things had been moving quite smoothly as far as the Israeli-Saudi relationship was concerned until the murder of journalist Jamal Khashoggi at the behest of the Saudi regime. Senior officials of the two governments, including Mossad Director Yossi Cohen, had met each other several times although these meetings were kept under wraps. On the Saudi side, former senior aide to the Crown Prince Saud al-Qahtani and former deputy intelligence chief Ahmed al-Assiri are reported to have played important roles in the secret negotiations with Israel. Riyadh has been particularly interested in purchasing advanced surveillance technology from Israeli firms with the aim of augmenting its control of Saudi society and of its neighbors.

However, the murder of Jamal Khashoggi, which is commonly assumed to have been committed on the orders of the highest echelons of the Saudi government, has thrown a spanner into the works for several reasons. First, the two principal Saudi interlocutors, Qahtani and Assiri, have been dismissed from their crucial positions because of their involvement in the Khashoggi affair and this has brought the Saudi-Israeli interactions to a standstill.

Second, MbS has been the focus of intense criticism following the death of Khashoggi and is also held responsible for the Yemeni misadventure, which has left thousands of civilians dead and millions on the verge of starvation. He cannot, therefore, afford to take greater political risks by continuing the parleys with Israel, which is still considered a pariah, at least in terms of public discourse, in much of the Arab and Muslim world.

Third, there seems to be a disjuncture between King Salman’s position and that of his son on the Israel-Palestine conflict. MbS has come to the conclusion on Kushner’s urgings that the best strategy for the Palestinians is to accept whatever is offered to them in the Trump/Kushner plan. On the other hand, King Salman has reaffirmed the Saudi position that the Palestinians have a right to an independent state with Jerusalem as its capital. He has also been critical of President Trump’s decision to move the American embassy to Jerusalem. There have also been reports that the king may have divested MbS of the Palestine portfolio and taken control of it himself. This is also likely to have a negative impact on the growing intimacy between Israel and Saudi Arabia as MbS and his closest associates were driving this relationship.

This does not mean that the Saudi-Israeli relationship would return to the level of hostility that had once existed between the two states. Rapprochement between the two countries has been an ongoing process for at least two decades going back to the Saudi sponsored Arab Peace Initiative adopted by the Arab League Summit in Beirut in 2002. It offered normalization of relations with Israel in exchange for a full withdrawal by Israel from the occupied territories (including East Jerusalem) and a “just settlement” of the Palestinian refugee problem based on UN General Assembly Resolution 194 adopted in December 1948.

Furthermore, it is important to note that their common antagonism toward Iran and their close relationship with the United States will eventually make it imperative for Saudi Arabia and Israel to resume their covert relationship. However, their contacts are likely to remain frozen for some time until the scandal surrounding the Khashoggi murder recedes from public memory.