The 3 Big Differences Between Conservatives and Progressives 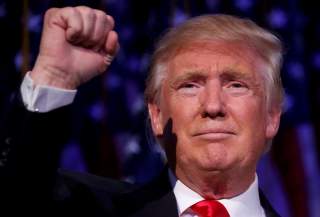 What’s the difference between a conservative and a progressive?

No. 1: Conservatives and progressives have different views about individuals and communities.

Conservatives ask: “What can I do for myself, my family, my community, and my fellow citizens?”

Progressives ask: “What is unfair?” “What am I owed?” “What has offended me today?” “What must my country do for me?”

The traditional American ethic of achievement gives way to the progressive ethic of aggrievement.

As opposed to a variety of individuals making up one American community, progressives seek to place individuals in a variety of competing communities. The first creates unity. The second, identity politics.

No 2.: Conservatives and progressives have different views about diversity and choice.

For progressives, different ethnicities and gender identities are welcomed but a variety of opinions and ideas are not.

Just look at two areas of public life dominated by the left. On college campuses free speech is under attack. If you’re a conservative working at a social media company or using one of their platforms to share your views, you may find your job eliminated or your account deleted.

And when it comes to choice, progressives love the word, but they don’t want it to apply to our decisions on education, health care, and even how and where we live out our religious faith.

Parents, not the zip code they live in, should choose the school that is best for their child.

We all need health care, but we don’t all need the same kind or same amount. And while people should be free to live as they choose, no one should be forced to endorse or celebrate those choices if it violates their religious beliefs.

Conservatives say people should have choices. Progressives say one political solution fits all.

No. 3: Conservatives and progressives have a different view of “We the People.”

Whether it’s the Second Amendment, immigration, or putting limits on abortion, if we the people don’t pass laws progressives approve, they turn to judges, executive orders, and government bureaucrats behind closed doors to overturn the will of voters.

Whatever one may think about the wisdom of hiking the minimum wage, banning plastic straws, or removing controversial historical monuments, conservatives believe voters closest to the issues should be the ones making such decisions for their communities—not lawmakers in Washington or a panel of judges fives states away.