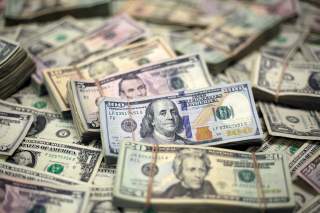 There has been increasing angst surrounding whether or not the United States is heading into a recession.

There are certainly reasons to be concerned. There always are the numerous “what ifs” for the U.S. economy that have increased the uncertainty of the outlook and raised the chances that something sinister could occur.

But all news is not doom and gloom. To be clear, the United States is always heading for a recession. Death, taxes, and that a recession will one day come, are guarantees. The spike in google news trends for recession is one (somewhat anecdotal) piece of evidence.

The data has long signaled that growth would decelerate in the U.S. in late 2018 and throughout 2019. But there is a difference between a slowing of growth and a collapsing of the economy into a recession. This reasoning is based on a more dovish Federal Reserve in 2019 and the belief that the U.S. labor market would remain healthy. The U.S.-China trade deal is a bit of a different story. A nominal deal is more likely than a comprehensive one as the U.S.-China conflict is more than simply trade—it is ideological. But a nominal deal is better than none at all.

What if the Fed pauses raising rates?

Why do inflation expectations matter? They are an important component of longer duration yields, namely the U.S. ten and thirty year Treasury yields. When inflation expectations decline, so do longer-term rates. If the Fed takes a pause, inflation expectations may begin to stabilize and possibly increase. This would re-steepen the yield curve, and provide some relief from the fear of a policy mistake. This “what if” buys more time in the economic cycle, and, therefore, allows the Fed to eventually raise rates higher than otherwise possible.

What if the labor market remains strong?

While it is likely that there will be some slowing of job creation in 2019, there are few signs that it will be dramatic or immediate. Job creation was exceedingly strong in 2018, and wage growth finally began to creep into the system. One of the sources of strength in labor markets has been manufacturing employment which remained near cycle highs in December.

There is also an added benefit. As the economic cycle has continued and wages have begun to move higher, people have returned to the labor force. While the aggregate participation rate has moved little off cycle lows, the participation of prime-age workers has picked up in lockstep with wages. This "what if" dynamic of moderately higher wages and more participation shows no sign of breaking down, and it should be a virtuous cycle benefitting 2019 growth rates.

Taking the Fed and the labor market “what ifs” together yields an interesting shift. There has been a fairly consistent decline in economic surprises for the majority of 2018. This simply means that the reported data was weaker than the expectations of economists and analysts who track the data. If the Fed pauses, the U.S. economy reflates, and the labor markets continue apace, the disappointments in the data will likely begin to reverse. Not only will the data be strong, but analysts are likely too pessimistic about the future after being too optimistic for much of 2018. At the moment, there is a fairly low bar in the United States for data to begin to beat expectations as forecasts have become more reasonable.

What if the U.S. and China come to an agreement (or even a framework on trade)?

Again, this is a much larger issue than simply trade, and it involves ideological issues not dissimilar to the confrontation of communism and capitalism that dominated the second half of the twentieth century.

But that does not preclude an agreement on trade in the near-term given the incentives. How would an agreement affect the outlook? Primarily through the growth expectations for emerging economies. Over the past year, EEs have seen their growth expectations decline significantly, and they tend to have significant exposure to China. The Eurozone also has significant exposure to Chinese trade, and it could see its growth forecasts pick up with a trade deal or framework.

Simply, there are numerous “what ifs” that are percolating out there, and there is some likelihood that these will begin to dissipate or become clearer in the relatively near future. China and the United States are commencing trade talks, Fed Chair Jerome Powell and other Fed officials have begun to step back from their autopilot policy path, and the labor markets are not showing any signs of cracking. While there are always reasons to fear a recession, the current angst seems a bit overdone. The “what ifs” thrust uncertainty to the outlook, but could rapidly become economic tailwinds. It may not be all doom and gloom for the economy.

A Mountain of Debt: Is China's Economy Going To Crash?