3 Wars the U.S. Should Have Fought Differently 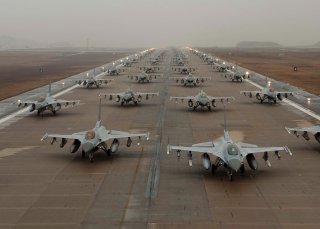 The historical record strongly suggests that if the United States had fought World War II more wisely, with an eye to a more just and lasting peace, and focused its efforts on limiting Soviet Communist power in Europe and Asia, Communist China and North Korea would not exist, leaving only the Russian Federation as a potential adversary. Furthermore, even if it had made the same grand strategic mistakes as it did in actual World War II history, but fought the Korean War more wisely, North Korea would not exist today. Furthermore, had the United States not sought to expand NATO eastward, guaranteed Ukraine’s neutrality, and included Russia in Europe’s security architecture, then the Russian invasion of Ukraine would have been entirely averted. Today, Russia would cease to be an enemy, enabling the United States to focus on peaceful economic, industrial, and technological, rather than military, pursuits. Applying these historical lessons to our time, U.S. leaders would be wise to replace our failed grand strategy of liberal hegemony, which has caused so many unnecessary conflicts, with one of offshore balancing in order to reduce the existential threats we face today. The implementation of such a strategy would serve to weaken the budding Sino-Russian military alliance and greatly reduce the risks of us stumbling into an unnecessary, and potentially nuclear, Third World War with Russia and China over Ukraine and Taiwan.