30 Years Ago A Soviet Jet Was Intercepted In German Airspace, But Where Was The Pilot? 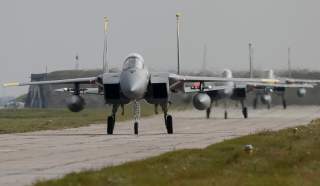 The day after his “Flogger” crashed into a farmhouse near Kortrijk, Belgium, tragically killing the 18-year-old Belgian man in the house, Col Skurigin publicly apologized, saying: “If I could have foreseen such tragic consequences to this pilotless flight, I would have stayed in the plane to the end.”

The sadness of the innocent’s death notwithstanding, the 32r TFS Zulu log — usually the source of lurid details of ALPHA KILO activity — entry for the day is succinct: “Nice Alpha scramble today; but, we’re under orders to kill you if we talk about it. ‘JD.'”