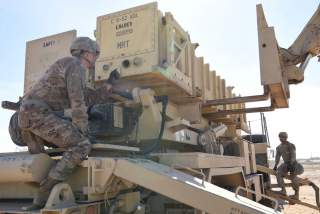 Key Point: A firing battery could roll into position and be ready to fire in a less than an hour. A battery consisted of a phased array radar set, engagement control station, electric power plant, an antenna mast group, communications relay group, and up to eight launching stations controlling four missiles each.