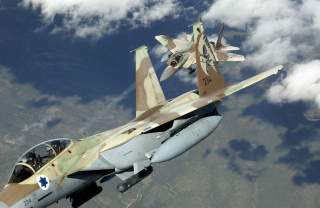 When the Eagle’s wheels first touched Kadena Air Base flightline in the fall of 1979, F-15C and D models were still fresh off the production line.

As explained by Senior Airman John Linzmeier, 18th Wing Public Affairs in his article F-15 Eagle: Timeless airframe with modern capabilities, for more than 40 years the F-15 has defended the skies with a track record of success unlike any other fighter jet in the history of aviation.

A claim confirmed by the fact that the Eagle has an unmatched air-to-air killratio of 104 to 0.

This incredible achievement wouldn’t be possible without its updated weapon systems.

In fact while the airframe has been aging, generations of hard work from maintainers, engineers and pilots has kept the aircraft lethal, advanced and relevant in today’s modern world.

“When you think about fighters and their general lifespan it’s absolutely less than a decade,” said Capt. Matthew Selby, 44th Fighter Squadron F-15 pilot. “Sometimes they’ll dominate the skies for three or four years and then it’s done, but this jet has been managed so well that it’s been at the top of the fighter community the whole time.”

One of the Eagle’s most important assets is the pulse-Doppler radar system, which Selby said is arguably one of the world’s best. It enables pilots to look up at high-flying targets and down at low-flying targets without being confused by ground clutter as well as track targets that are beyond visual range.

Today’s Eagles look almost identical to the first F-15s that were manufactured in the 70s, however, the interior is a visual hybrid of old and new technologies. The old fashioned analogue gauges and altimeter make for a stark contrast next to the advanced computer systems and instruments.

Above the knobs, dials and instruments a state-of-the art heads-up display is projected on the windscreen that is clearly visible in all lighting conditions and shows all essential flight information gathered by the integrated avionics system.

Out of all the challenges that come with prolonging the fighter’s lifespan, upkeep is one of the most important aspects. Selby said the aircraft was originally designed to fly around 2,000 hours, while many of the jets on Kadena’s flight line are reaching the 9,000 hour mark.

When the Eagle’s wheels first touched Kadena Air Base flightline in the fall of 1979, F-15C and D models were still fresh off the production line.

Maintenance Airmen have been working around-the-clock since the Eagle was first introduced in the 1970’s – inspecting, repairing and replacing every aspect of the jet to ensure safety and maximum performance is achieved.

“Despite its lasting legacy, many factors pose extremely high challenges for our team to deliver safe, on-time, and reliable aircraft to our aircrew,” said Schettler. “Our maintainers take on these challenges with an ‘all in’ effort to produce the world’s best on-equipment aircraft maintenance every single day.”

With excellent teams ensuring the technology is up-to date and running correctly, one of the final components enabling the F-15 to dominate the sky is the pilot’s skill set, achieved by regular and realistic training.

“Our constant training is really what allowed us to attain such and unbeatable record,” said Selby. “Something different happens every time we fly, so when our pilot encounters a problem-set, he’ll have the knowledge base to choose the best game plan to move forward.”

The F-15’s capabilities are most effective when combined with other airframes. If Japan was under attack, the Eagles can team up with local F-22 Raptors to provide defensive counter air-support to mitigate the threat from multiple angles.

In retaliation, they can easily be used to escort a B-52 Stratofortress from Guam in a counter air-support mission.

Several pilots within the 44th and 67th fighter squadrons are the second generation in their family to fly the airframe. With a lifespan slated to last until the year 2040, Selby said it’s possible for someone who hasn’t even been born yet to become an F-15 pilot someday.

Kadena’s F-15 Eagles spend most of their air time conducting training missions rather than actual air-to-air combat, however, many have been decorated with green stars on the side to represent each confirmed kill from a past conflict. Fortunately, there hasn’t been a need to paint more green stars on the sides of aircraft, a testament to how power projection can be effective at keeping U.S. and allied adversaries at bay, and preserving peace throughout the Indo-Asia Pacific Region.