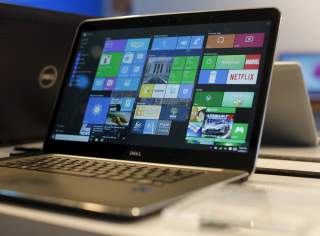 In his State of the Union, President Donald Trump made a big deal about trying to bring high-speed internet to rural America—a problem that might be much bigger than previously imagined.

Much has been made of the so-called digital divide in America, or the idea that urban areas and their suburbs are cheaper to build broadband infrastructure and thus more profitable to service, leading to outlying thinly-populated areas and farming communities getting slower or no internet service at all—except for old-school and essentially useless dial-up. In fact, millions of people are still stuck with dial-up internet—sad, but true.

According to the FCC, 21.3 million Americans, or 6.5 percent of the total U.S. population, lack access to broadband internet (that includes wired and fixed wireless connections). Imagine, in today’s day and age, something like the equivalent of the total population of Florida can’t access high-speed internet. How is that possible?

But others think the problem is far worse. According to a report by BroadbandNew Research, the group estimates that 42 million Americans don’t have the capability to purchase high-speed internet. If that figure is correct, that means a population larger than that of all the citizens in California can’t get critical access to broadband internet—a national tragedy in our internet-driven economy and way of life.

According to their research, the group claims to have “checked availability of more than 11,000 addresses using Federal Communications Commission (FCC) Form 477 data as the ‘source of truth.’ Based on the results, we estimate that 42 million Americans do not have the ability to purchase broadband internet.” They argue that “there is a widely acknowledged flaw with Form 477 reporting: if an ISP offers service to at least one household in a census block, then the FCC counts the entire census block as covered by that provider. BroadbandNow Research examined the magnitude of this flaw by manually checking internet availability using FCC data as the source of truth for randomly selected addresses.” This data, the group argues, is why the FCC report number is inaccurate.

If accurate, the challenge of bringing high-speed internet to every part of America will be tough, but not impossible to solve. The good news is that many rural internet users likely tether off their existing cell-phone connections or can subscribe to a satellite-based broadband service. Although those options can be expensive (especially if a cell-phone based user can’t afford unlimited data) and slow (even 4G connections can be a painful experience and don’t forget about possible throttling depending on your carrier) it certainly beats dial-up. Here’s hoping the Trump Administration can get something done on this critical issue, and that such talk was not a talking point to get applause.