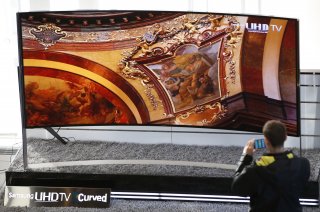 If you told someone that they could receive 4K HDTV signals on their TVs for free, most would happily say bring it on. That is exactly what will happen for OTA TV sets later this year.

There is a new standard in town for 4K OTA broadcasts, and it is being developed to replace the current ATSC standard with ATSC 3.0, which will be known as Next Gen TV. In short, it is free 4K TV with an antenna.

By the end of the year, 61 markets will be broadcasting in 4K. Keep in mind that this is all on a volunteer basis. So, if your market doesn’t take proactive steps to broadcast this, you’re out of luck. Also, understand that it’s not the antenna that's driving forward this technology, but it’s the type of TVs with built-in tuners that can receive these 4K signals.

Currently, there are 20 known different TV models from three top tech companies -- Samsung, LG and Sony. Other manufacturers will likely get on board and standalone tuner boxes shouldn't be far off.

What can consumers expect from Next Gen TV?

The broadcasts will put into your hands high-quality Ultra HD 4K video, High Dynamic Range, wide color gamuts and frame rates of up to 120Hz. 4K, also sometimes referred to as UHD, has a minimum standardized 3,840 x 2,160 pixel resolution, which means there are more than 8 million pixels. The picture boasts four times the clarity and definition of 1080p and 23 times that of standard resolution.

Moreover, tests have shown that this technology provides better reception indoors, and not in the distant future, such broadcasts may be tapped into by your smartphone (though companies would eventually have to put antennas into their phones).

There is, however, one potential risk for consumers -- your TV viewing habits will be put out in the open for broadcasters. The controversial feature is called “return data path,” which sends information regarding what you’re watching to stations. Undoubtedly, this kind of information will be utilized for targeted advertising, not unlike what Google and Facebook do today.

The extra data that broadcasters will have access to can also be used to customize your viewing experience. There’s been plenty of talk of using alternative audio tracks in different languages and utilizing more interactive elements that could combine both TV content and advertising.

The kinks are being worked out now, but the fact of the matter is that 4K OTA TV is coming -- and best of all, you won’t have to pay a penny for it.