5 Biggest Issues That Block Students From Landing an Internship 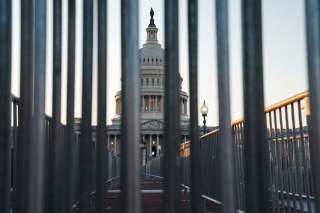 When her college started requiring students to complete an internship in order to graduate, it created a serious dilemma for Janelle.

“I wouldn’t be able to do classes, do the internship and work to make money – which is kind of important because I’m basically just paying for school as I can,” Janelle said in an interview for a study of internships during her junior year in South Carolina.

Janelle is by no means alone. Of the 1,060 students at five colleges and universities who answered “no” to having taken an internship for our University of Wisconsin–Madison based College Internship Study survey, 676 – or 64% – stated that they had actually hoped to take an internship but could not. The schools were located in Maryland, South Carolina and Wisconsin.

These impacts on students’ academic success and career prospects are one of the main reasons that internships are being promoted as a “high-impact” practice that colleges and universities should encourage all students to pursue. But our data indicate that such advocacy is problematic. What we found is that access to internships – at least the ones that are unpaid or that pay very little – favor wealthy students who can more easily forego a paycheck in order to get the valuable experience.

We found five significant obstacles that make it difficult for some students to take an internship.

1. The need to work paid jobs

The most commonly reported obstacle that prevented students from taking an internship was the simple fact that they had to continue work their full- or part-time job. Sixty percent, or 405, of the students who wanted to take an internship but could not cited this obstacle.

Among all college students, 43% percent of full-time and 81% of part-time undergraduate students work. These jobs help to pay for the constantly rising cost of tuition, as well as groceries, housing and transportation. And for the growing numbers of older students who support relatives and have bills to pay, it is simply not practical to quit a well-paying and secure job for a short-term internship that would probably pay less.

Fifty-six percent – or 376 students – among those who told us they couldn’t work an internship cited a demanding course load as the reason why. This was especially true for students majoring in science, technology, engineering and mathematics (STEM) disciplines, where courses require laboratory time and lots of homework.

A demanding course load was most frequently reported by full-time students and those who work part-time. Considering that 71% of college students who work part-time jobs actually put in 20 hours or more, time is still scarce for these students. As one student noted, such a life leads to “back-to-back-to-back scheduling” with little time for self-care, much less an internship.

3. Opportunities may be scarce

Students from the social sciences, arts and humanities frequently reported having difficulties locating an internship, much less one that was paid. With research indicating that students in arts and creative disciplines have fewer paid internship opportunities, many students in these fields face the dual obstacle of too few openings and the lack of a decent paycheck.

For 45%, or 301 students, in our study who did not take internships, the lack of internship opportunities in their field or even their place of residence was a major obstacle. But it would be a mistake to think that the challenges of finding an internship were limited to the art history and English majors. One student in a physics and applied math program in Wisconsin explained that he had not taken an internship simply because, “There aren’t any here offered for me in my field.”

Thirty-three percent, or 224 of the students who could not take internships, cited the lack of pay as the reason why. As Janelle stated, “My biggest struggle is most of them are unpaid - I am 26, getting married in a year, trying to do adult things and not getting paid for several months is just not something I can afford to do right now.” Quite simply, working for free or for a low wage is simply not feasible for many college students.

On top of coming with low or no pay, many internships – particularly those in finance, government, arts and media, or political science – are located in expensive cities that require relocation, big rents and high daily living expenses. While national data on the prevalence of unpaid internships are not available, 34% of the student interns in our study worked without a paycheck. Besides the lack of pay being a deal-breaker for many students, the evidence also indicates that unpaid internships are negatively correlated with students’ future wages and employment outcomes, which highlights the problematic nature of unpaid work for college students.

Transportation was an obstacle for 19%, or 129 of the non-interns in our study. For these students, not having a car effectively limited their options to on-campus internships or those accessible by public transportation.

When thinking about these obstacles, it’s important to keep in mind that some students face two or more of these intersecting obstacles at once. This in turn leaves students from wealthy, well-connected and privileged families in a better position when it comes to securing internships that could be a critical link to their first job.

As Darren Walker, the president of the Ford Foundation, stated in an op-ed about America’s “internship-industrial complex,” the current state of affairs cannot last, because too “many promising young people with limited means are denied the chance to rise as high as their talent will take them.” This is why in the College Internship Study we are also documenting promising strategies that our partner institutions are pursuing to make internships more accessible for all college students, such as course-embedded projects, undergraduate research and even micro-internships, which provide students with short-term projects that employers need completed but also introduce them to the world of precarious “gig” labor.

Until colleges and universities devote more resources to creating support systems for students struggling with these obstacles, the realities of working another shift, demanding coursework and the lack of a car will keep too many students from “opening the door of opportunity” that an internship represents.

This article by Matthew T. Hora first appeared in 2019 in The Conversation via Creative Commons License.