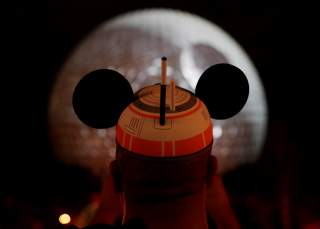 The stock market fell a further 7% yesterday, after already declining 12.9% on Monday, a thirty-year record. The coronavirus pandemic has led to industry-wide business shutdowns, whether voluntarily or compelled by government orders. Here is a list of five companies that find themselves in deep water because of the virus outbreak.

Boeing: Stocks for the aerospace manufactural have tumbled over 60% in the past month, a frightening company record. Without assistance, it’s almost certain that Boeing would shut its downs by the end of the year. But help is coming. “We have to protect Boeing...We'll be helping Boeing,” said President Donald Trump. The company has asked to be included in a $60 billion bailout for the aerospace industry.

Marriott International: With people cancelling their traveling plans, the hospitality industry has been hit hard by the coronavirus, with occupancy rates under 20%. Marriott, which employs 130,000 people in the United States, began closing locations last week, and this week will begin furloughs that number in the tens of thousands. Industry-wide, hotels expect that a million jobs will be eliminated in the coming weeks due to the virus. President Trump is in talks with business executives about a possible bailout, the initial request being $150 billion.

Carnival Cruise Line: The business docked its global fleet of cruise ships last on Sunday and doesn’t plan to set sail again until the coronavirus pandemic has passed. Many of the first coronavirus cases that reached the U.S. were aboard cruise ships, which acted like floating Petri dishes of disease. Stocks for Carnival fell 11% yesterday, and it's unknown how long the company can survive this suspension. “This is the cruise lines’ 9/11,” said one travel agent.

The Walt Disney Company: Well, not really. The House of Mouse grossed just under seventy billion dollars last year and is one of the most recognizable brand names in the world. In some ways, they have a wiser investment strategy than the federal government. But that doesn’t mean they’re not facing billions of dollars in losses from the coronavirus.

While people still crowded nightclubs and bars this past weekend, one area of contagion they avoided was movie theaters. The film industry saw the worst weekend performance since 1998, despite assurances by theaters that they would literally clean up their act. Unwilling to see their movies play in front of an empty chair, production companies have pulled their films from their release dates.

For Disney, this means upending Mulan, the live-action remake of the 1998 animated classic, which had been intended to be box office juggernaut in China. Also being moved is Black Widow, the newest update to the Marvel Cinematic Universe, the most successful film franchise of all time. Both movies were set to gross over a billion dollars, and now will have to be shelved.

Public health scientists hope the pandemic will subside after eight weeks, but it could be even longer before people feel comfortable returning themselves to the public square. With Disney having halted all film production until further notice, and unable to cash in their billion-dollar paydays, Mickey might have to go without cheddar in 2020.

The Mom and Pop restaurant down the street: The eateries that speckle the rural roadside and around your town. While larger chains and urban restaurants may absorb this loss, many of the family-owned and operated restaurants, diners, and shops that you frequent, which already survive on a lean profit margin, will never reopen after their closures this week. They’re the businesses most in financial distress, and the least likely to receive a government bailout.

Image: Spaceship Earth is turned into the Death Star via projectors in advance of the release of the new Star Wars movie "Rogue One", at the Walt Disney World's Epcot Center in Lake Buena Vista, Florida, U.S. December 5, 2016. REUTERS/Scott Audette.