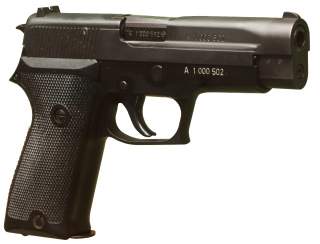 Fact: The P226 was Sig’s breakout gun in the U.S. market and its most popular pistol. The P226 was actually developed for the U.S. Army’s competition to replace the World War II–era M1911A1 handgun with a modern design. Although it lost to Beretta, a series of dangerous accidents involving Berettas in Navy service caused the SEALs to switch to the P226 instead.