The 5 Scariest Pandemic TV Shows and Series You Can Stream 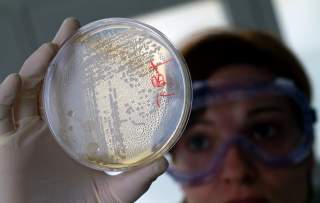 The rapid rise of the COVID-19 coronavirus has made films and TV shows about pandemics a new guilty pleasure. Unfortunately, many films about the spread of disease are low budget or rely too heavily on tropes such as zombies and killer animals. While no film is going to stand up to scientific scrutiny and win awards for epidemiological accuracy, there are a handful of films and TV shows streaming online that are both entertaining and can make one think about the nature of widespread public health emergencies. Here are the five best TV shows and movies depicting pandemics.

Released in 2011, Contagion is in some ways the closest depiction to a modern day pandemic. A businesswoman on a trip to China is inadvertently exposed to a new virus, and quickly spreads it not only to her fellow international travelers but also in the continental United States. The disease spreads quickly across Japan, China, the United Kingdom, and other countries. The Center for Disease Control quickly determines the origin of the virus and begins work on a vaccine. In the meantime the social fabric of the country begins to unravel, as food runs short, pharmacies are looted, and crime increases. The most pitch-perfect arc of the film however is of a conspiracy theorist and blogger promoting hysteria and distrust of science and government at a time society needs calmness and trust in science and government… all while benefiting financially from the global crisis.

The Andromeda Strain adds an otherworldly spin to the pandemic threat. A U.S. military satellite designed to detect signs of extraterrestrial life crashes near the small town of Piedmont, New Mexico, and soon the entire town—save two people—are dead. The federal government activates Project Wildlife, a top secret research project staffed with pre-selected scientists, to determine the cause of the town’s demise. Wildlife scientists identify the alien pathogen, nicknamed Andromeda, and must prevent it from spreading. Wildfire’s mission is complicated by the presence of a nuclear weapon buried at the underground facility designed to detonate in the event scientists lose control over Andromeda. Directed by Robert Wise, The Andromeda Strain is a slow-paced, procedural film that lacks chase scenes and other exciting elements but makes up for it with strong acting and a decent script.

Children of Men takes place in 2027, years after a worldwide sterility plague that effectively ended human reproduction. Societies worldwide, fearing the last generation of mankind has already been born, grapple with their imminent demise. Left without the hope of continuing generations, the countries of the world slide into civil war, authoritarianism and xenophobia. The future in doubt, individual and community life ceases to have purpose. The film is full of allusions to civilization’s decline, from newspaper headlines of dirty bomb attacks to abandoned schools and playgrounds. Children of Men is a look at how humanity might face a gentler form of pandemic, where individuals are left alive but the human race itself faces extinction.

Pontypool is a different type of pandemic film. The film takes place in a small Canadian town named Pontypool, and is mainly centered around the town radio show host. After receiving sporadic reports of violence taking place across town, DJ Grant Mazzy realizes that the virus, which causes uncontrollable urges of violence, is actually a virus of language, caused by the repetition of certain words in English. While by no means realistic the use of language to transmit a pathogen is an immensely creative one, similar to both computer viruses and those that affect biological organisms. The “disease” is later alluded to have been the result of terrorists, perhaps the only form of linguistic terrorism in the history of pop culture.

The Walking Dead is a television series about zombies, no doubt, and in that sense is highly unrealistic. As scenes unfold worldwide of toilet paper buying panics, people exposed to the coronavirus breaking quarantine, and incompetent government, we’re reminded that in a crisis, perhaps the most dangerous thing is the unpredictability of the human next to you. This has opened The Walking Dead up to complaints that it shows horrible people more than zombies, a legitimate one, but the show has always made the point that it wasn’t necessarily the dead coming back to life that ended civilization but mankind’s response—or lack of one.