52 F-35s Ready for Anything: Why The Air Force's F-35 Elephant Walk Is A Real Game-Changer 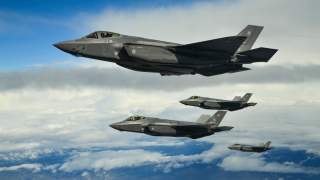 Key point: Elephant walks significantly contribute to the readiness of American and allied squadrons in South Korea and nearby countries.