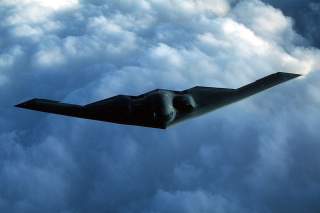 A majority of the world’s millennials believe it’s more likely than not that a nuclear attack will occur in the next 10 years.

They’re not alone in their fear. The non-profit Bulletin of the Atomic Scientists recently moved its infamous Doomsday Clock to 100 seconds to midnight, signalling experts’ growing concern over Earth’s future.

The International Committee of the Red Cross surveyed 16,000 millennials between the ages of 20 and 35 in 16 countries.

“More than half of millennials — 54 percent — believe it is likely that a nuclear attack will occur in the next decade,” the Red Cross reported.

“The fear of a nuclear attack seems to be a trend,” Alex Ward noted at Vox. “The worldwide shudder is understandable. The chance of a nuclear conflict between the U.S. and North Korea isn’t entirely gone. India and Pakistan, two nuclear-armed enemies, could rekindle their decades-long squabble at any time. And the U.S. and Russia — the world’s foremost nuclear powers — have had warheads pointed at each other since the earliest days of the Cold War.”

Plus there’s the increasing likelihood that Iran soon will develop its first atomic weapon. Iran in Jan. 5, 2020 announced it would no longer honor international restrictions on its enrichment of uranium, a key process in the production of nuclear weapons.

Iran’s announcement regarding uranium enrichment “essentially sounded the death knell” of the 2015 nuclear agreement that then-U.S. president Barack Obama negotiated in order to keep Tehran from obtaining its first nuclear weapon, according to The New York Times.

Trump in 2018 unilaterally withdrew the United States from the nuclear deal, weakening it without totally destroying it. Iran, Russia. China, France, Germany, the United Kingdom and the European Union remained parties to the accord.

Lifting limits on enrichment leaves very little of the nuclear deal in effect. “And it largely re-creates conditions that led Israel and the United States to consider destroying Iran’s facilities a decade ago, again bringing them closer to the potential of open conflict with Tehran that was avoided by the accord,” the Times noted.

Prior to Iran lifting limits on enrichment, experts estimated it would take the country a year to produce enough material for an atomic warhead. If Iran takes the next logical step and builds up its stockpile of enriched uranium, the timeline for producing a nuke could shrink from a year to mere months. At that point, war with Iran could escalate into a nuclear war.

Ban Ki-moon, the South Korean former secretary-general of the United Nations, stressed the need for better relations between the world’s two biggest nuclear powers, the United States and Russia. “Their relationship is not a good one,” Ban told Ploughshares Fund, an arms-control advocacy group in Washington, D.C. . “They are not talking to each other about how to deal with a lack of nuclear-disarmament architecture.”

“Their relationship has been shrouded in mistrust, denial and counter-argument,” Ban continued. “I’m very concerned about a situation where nuclear wars and conflict can happen.”

Trump, who is running for reelection in 2020, has loosened the rules governing America’s use of atomic weapons and unilaterally has withdrawn the United States from several nuclear treaties.

Trump’s administration currently is negotiating with the Russian government over the fate of the New Strategic Arms Reduction Treaty.

New START, which caps the American and Russian nuclear arsenals each at 1,550 deployed atomic warheads, expires in February 2021.

Some experts worry that Trump intends to abandon New START, thus potentially walking away from parity as a guiding principle. Trump has called for the United States to greatly grow its atomic arsenal.

“We are in a stage of total denial,” Mary Robinson, the president of Ireland, told Ploughshares. “The [Doomsday] Clock has moved nearer than ever -- nearer than at the height of the Cold War.”

Robinson mentioned nuclear war and climate change as the top risks. “We have two existential threats -- threats to our very existence,” she said. “And we have a very fragile multilateral system that has become weaker because of a lack of leadership.”