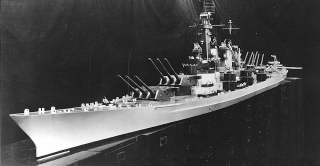 Key point: By the time the United States was going to start contructing these mammoth creations, they had already become outdated and surpassed by aircraft carriers.

Robert Farley, a frequent contributor to TNI. This article first appeared in 2018 and is being republished due to reader's interest.