69 Years Ago Today the Korean War Started. I Simulated a Second War (It Was Awful). 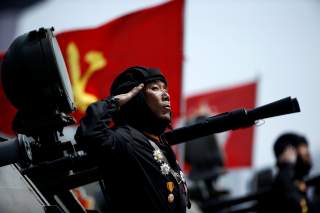 The Korean peninsula is, acre for acre, one of the most heavily militarized places on earth.

Which is Next War: Korea? Hopefully we’ll never know for sure.