71,000 Tons of Total Terror: Japan Had Plans to Build A Battleship Like No Other 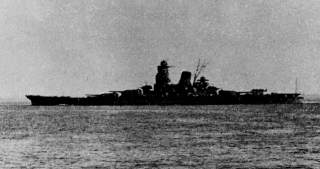 At 71,000 tons, the A-150 class would have superseded the Yamatos, building on experience with that class to produce a more formidable, flexible fighting unit. Along with the Yamatos, these ships were expected to provide the IJN with an unbeatable battle line to protect its Pacific possessions, along with newly acquired territories in Southeast Asia and China.