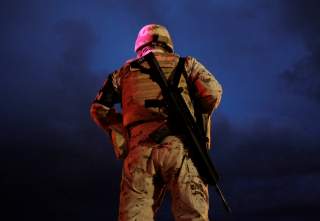 The government is implementing a new proposal that would ban asylum for immigrants coming to the United States through Mexico. It pins the uptick in border crossers on the asylum process, but the government’s statistics reveal that 90 percent of crossers in 2019 were not referred for an asylum interview at the border, and the highest share ever referred was just 19 percent in 2018.

In fact, the rate of referral was just 7 percent in March 2019. This strongly indicates that the asylum ban will not have its intended effects. Figure 1 compares the rate at which undocumented immigrants at the southwest border were referred for asylum interviews at the border—called credible fear interviews—for each year from 2010 and 2019 as well as March 2019—the most recent month available. In no year has more than one in five immigrants stopped either at or between ports of entry entered the asylum process from the border.

The pattern is not significantly different for immigrants from Central America’s Northern Triangle—Guatemala, Honduras, and El Salvador. The highest percentage of credible fear claims was just 30 percent in 2016, and the rate for 2019 is 9 percent. March 2019 was actually just 6 percent. In other words, at the border at least, the asylum ban will have very little effect on most Central American crossers.

The reason that the share isn’t higher could be that the government often simply fails to record statements of fear as documented in the U.S. Commission on International Religious Freedom 2016 report. Many immigrants may simply not understand asylum law and so turn themselves in without understanding that they need to make a claim. About 8 percent of arrests in 2019 were unaccompanied children who aren’t subject to the credible fear screening process.

The reason for the dramatic falloff in 2019 is that Border Patrol decided to start releasing families without referring them for a credible fear interview at all because it lacked the capacity to hold them, and the Flores agreement requires their release after 20 days anyway.

Whatever the reasons, the bottom line is that an asylum ban will not deter many immigrants from coming to the United States in part because—at the border at least—it won’t affect many of them. Of course, once they enter the court system, a blanket ban on asylum will absolutely harm them by entirely eliminating the chance to receive asylum. About one in five asylum applicants would otherwise win their cases. It will likely trigger the deportation of those real asylees but without any reduction in immigration flows.