90 Million Dead: Why There's No Such Thing as a "Limited" Nuclear Conflict 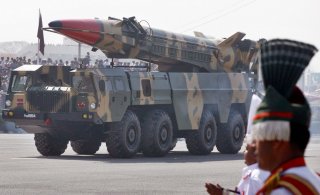 Key point: A nuclear exchange would wipe out millions of people around the world due to fallout and impacts on the climate. Here's why it is so important to avoid tensions ever rising between nuclear powers.