The 9mm Luger May Be the Longest-Serving Caliber in History. Here's Its Top 5 Guns. 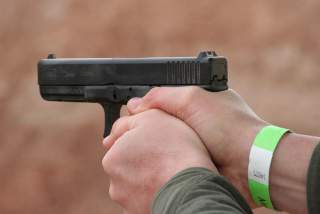 Key Point: The Springfield XD combines a number of older and newer features from other guns on this list to create a fairly unique and impressive package.

This article first appeared in late 2018. It is being republished due to reader interest.