The Accident That Could Spark a U.S.-China War in the South China Sea 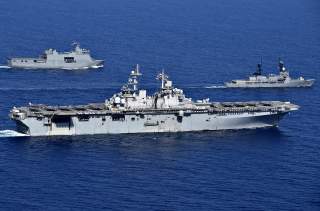