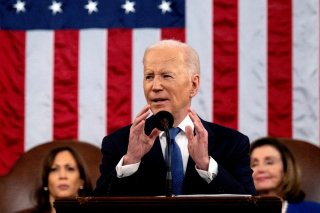 Nearly two years into the never-ending Covid-19 pandemic, it’s time we take a closer look into why politicians who are pushing vaccine mandates and business closures are so “concerned” about our health. They spent years ignoring the opioid epidemic that has claimed the lives of over 800,000 Americans—an epidemic that is now resurgent in large part due to Covid restrictions. They ignored the degradation of our nation’s food supply, environment, and healthcare system, which has led to astronomical rates of chronic illness in the United States. These factors have led to a situation where every year 650,000+ Americans die of heart disease and 600,000+ from cancer, along with many other diseases that share the same root causes.

Yet despite all this, our policymakers suddenly seem to care deeply about your health. They care so much that they’re taking pains to institute vaccine apartheid. They care so much that they’ll get you fired, and your family thrown out on the street if you don’t comply. They want you to believe all of this is about your health and has nothing to do with the fact that they own large amounts of stock in Pfizer and Moderna.

Pfizer has long been one of the most popular stocks owned by Members of Congress since 2008 (ranking sixth-most popular). Johnson and Johnson (the seventh most owned stock) has for years supplied more than 60 percent of all active ingredients for opioids manufactured and sold in the United States. Members of Congress bought stock in Moderna and sold stock in airlines and the cruise industry in the early days of the pandemic while the Washington Post and Vox were still downplaying COVID as less threatening than the seasonal flu.

It is evident that there is a serious conflict of interest here, and that both the enthusiasm of Democrats for vaccine mandates and the apathy of Republicans in opposing them may largely be motivated by corrupt personal considerations rather than genuine concern for public health. If a judge must recuse himself when he cannot fairly decide a case, why can the members of our government tasked with deciding on the legitimacy of vaccine mandates own the very stocks that would increase in value as the result of a strict, all-encompassing mandate?

The profiteering we have seen by members of Congress during the pandemic is not a new phenomenon. After all, Nancy Pelosi’s net worth has grown to $120 million during her time in office—a far cry from her salary as speaker of the house, which earns her just $223,500 annually. Pelosi attributes her fortuitous stock picks to simply good luck. In reality, it can be attributed to informed investments using the foreknowledge she is granted as speaker. Pelosi is not the only millionaire in Congress. In fact, 51 percent of our congressmen are millionaires. Let’s be honest: there are no accidental millionaires in politics—there are only politicians who choose to cash in on their political financial privilege at the expense of the American people.

In the last three years alone, Secretary of the Treasury Janet Yellen has taken over $7 million from corporate giants such as Goldman Sachs, Citigroup, Google, Bank of America, and SalesForce. Ironically enough, she has advocated that the IRS track the monetary transactions of every American exceeding $600—a move that speaks more to priorities of an overreaching elite class rather than addressing the needs of the American people. Political financial privilege is the reality that our politicians can use their status and insider knowledge to make millions, while middle-class Americans live under the watchful eye of the IRS.

The reality is this corruption will continue as long as it is profitable for policymakers. They will not give up this profiteering voluntarily; it must be absolutely prohibited. A complete and total ban on ownership of individual stock by congressmen, senators, and their spouses must be implemented. Until such a ban is implemented, the fate of our country will be decided not by the people we elect, but by the people who sign their checks.

Andrew McCarthy is a Republican Congressional candidate running in New York’s 24th district. He is a United States Air Force veteran and a current member of the intelligence community. He was born in Olean, NY, and spent his life growing up throughout the Southern Tier and Western New York.